On one of the Real Housewives of Atlanta’s episode, Kandi told Smith’s wife that the two dated and Chuck was one boyfriend Kandi’s mom actually liked. Kandi said it was more than a fling and Chuck was a frequent visitor at her home.

However, Chuck disputed that story and said Kandi and co-star Phaedra Parks were only “friends with benefits.” Now Burruss is revealing why the two really didn’t work out.

Kandi retweeted one of her Twitter followers comments that said Smith had a small penis. Then she revealed she co-wrote the TLC song Girl Talk about Smith. The song is about a man angry because the girls in town were spreading the news about his small penis.

Check out Kandi’s tweets below. 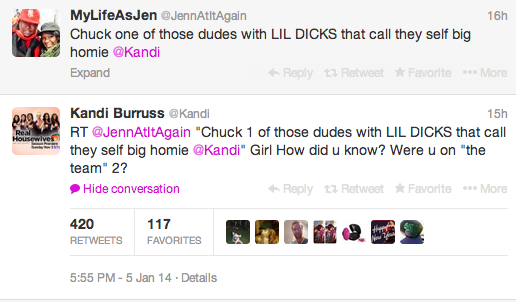 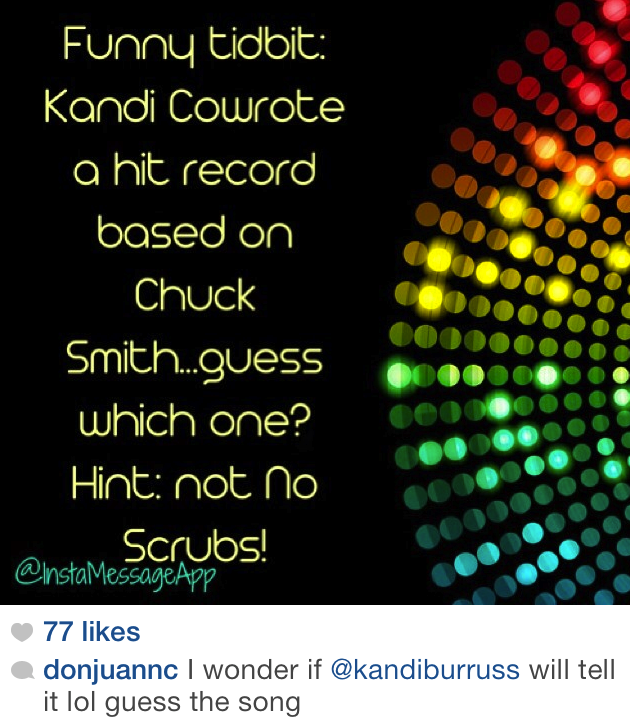 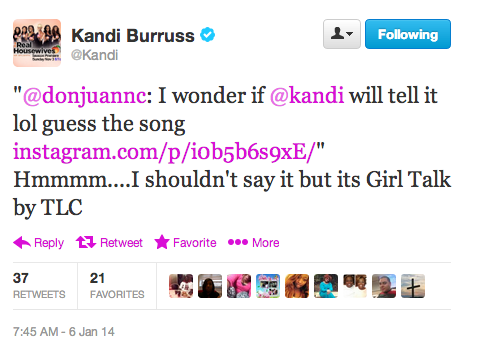 Smith should have kept his mouth shut. Watch TLC’s Girl Talk video below.