Real Housewives of Atlanta star Kandi Burress was forced to do some damage control on behalf of her boyfriend Todd Tucker.

Mediatakeout.com reported that Tucker could be on the down-low with bi-sexual male stripper ReDICKulous after the website spotted a tweet between the two. Once the rumor hit the internet, many speculated on whether it was true or not. 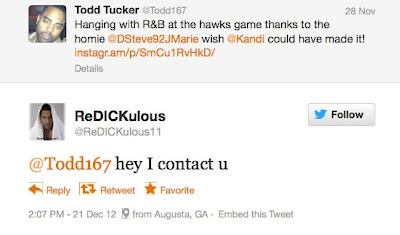 Kandi cleared up the confusion immediately. She tweeted Tucker was helping her with a Ladies Night Out tour with ReDICKulous as a performer.