K. Michelle and Tamar Braxton have a history of shading one another on social media websites.

Braxton ignited the feud after the premiere episode of Love & Hip Hop Atlanta aired last year. During the show, K. Michelle revealed that she was allegedly abused by her former boyfriend Memphitz Wright. Braxton, whose close friends with Memphitz’s wife Toya, didn’t like the accusation and sent out a subliminal tweet to Toya. She tweeted, ”Be happy in Paris while people were still telling fairytales.”

K. Michelle, later, did an interview with T.T. Torrezz and she called Tamar a ‘muppet.’ She also invited her to have several seats and warned the Braxton sister that she was from ‘Memphis and they jump gates.’ Tamar didn’t like being threatened or called a muppet and she threatened to sue the VSOP singer.

Now fast forward to the present. The two reality stars are still at each other’s throats. It appears that Tamar took a jab at K. Michelle with a subliminal tweet on Tuesday. Even though Tamar didn’t mention a name, K. Michelle didn’t let the comment slide. She barked back and somehow Arsenio Hall got into the mix. Read the exchange below. 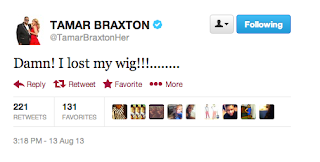 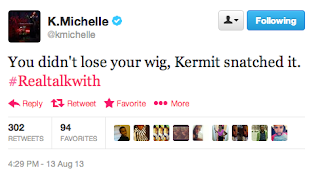 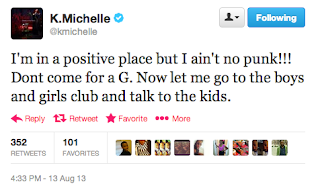 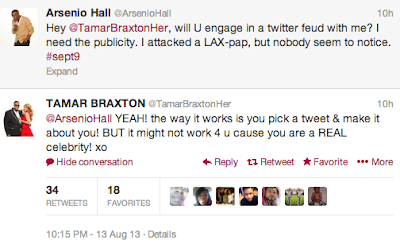