Justin Bieber has had enough with photos.

The Love Yourself singer announced that he will no longer pose for photos with fans while out in public. Bieber posted the news on Instagram.

“If you happen to see me out somewhere know that I’m not gonna take a picture I’m done taking pictures,” Bieber wrote. “It has gotten to the point that people won’t even say hi to me or recognize me as a human, I feel like a zoo animal, and wanna be able to keep my sanity.”

This is not the first time Bieber stopped interacting with fans. In March, Bieber canceled all meet and greets for his Purpose World Tour. The latest Instagram post comes just days after Bieber was spotted walking barefoot through Boston. 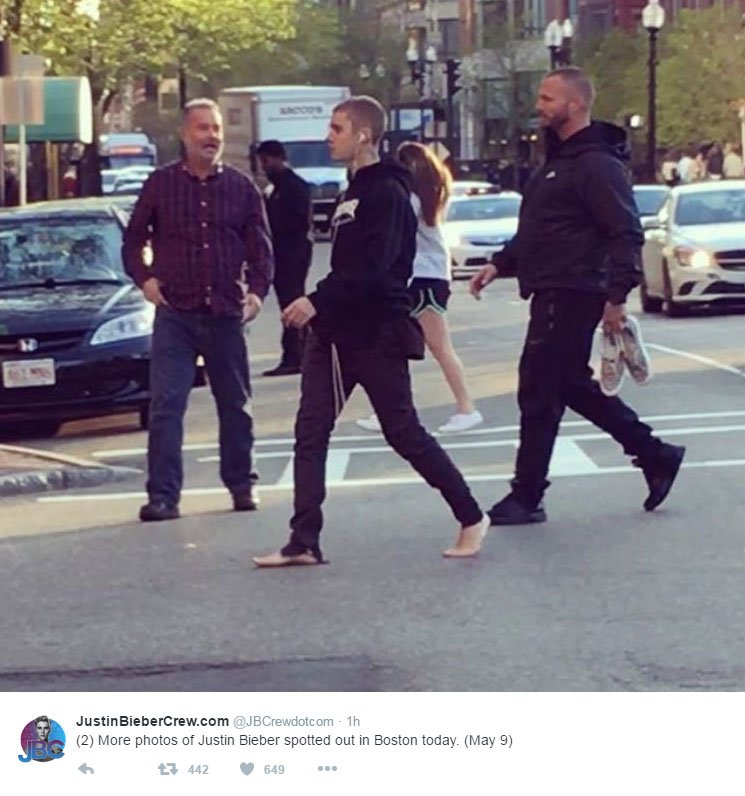 It also follows Bieber’s recent face tattoo, which he revealed over the weekend.

“Justin came in last night and decided on a small cross near the corner of his eye,” tattoo artist Jonathan “JonBoy” Valena told Us Weekly. “It represents his journey in finding purpose with God.”