Juelz Santana and his baby mama Kimbella are having a rough patch in their relationship.

But instead of trying to work it out behind closed doors, the two decided to take their riff to social media. Juelz began the drama after he posted a subliminal message about letting ‘a woman cripple you.” 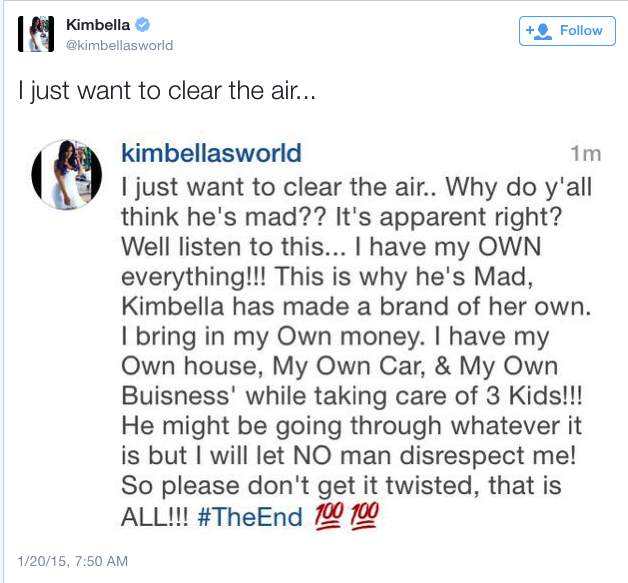 Juelz and Kimbella have two children together and have been in a relationship for six years.