Only 10 days after boxer Floyd Mayweather, Jr. turned himself in to begin his three-month jail sentence, and his legal team filed an emergency motion to put him under house arrest or move him into the general jail population.

Mayweather, who pleaded guilty to beating his ex-girlfriend in 2010, made the request because his personal physician examined him and found his isolation in jail “threatens to end or shorten his boxing career,” according to the emergency motion. He wants to fight for another two years.

According to a letter released by Justice of the Peace Melissa Saragosa on June 13, Mayweather refuses to eat the food, and drink the water behind bars.

“These facts do not give rise to jurisdiction of this court to modify defendant’s sentence,” she wrote. “The court finds the alleged dehydration of the defendant to be self-induced as water is made available to him 24 hours a day. The court further finds the estimated intake of only 800 calories per day is also self-induced as defendant chooses not to eat the food provided.”

She also states that its Mayweather’s fault for not exercising properly. “While the physical training areas and times provided to [Mayweather] may not be consistent with his prior regimen, he is indeed provided sufficient space and time for physical activity if he so chooses.” 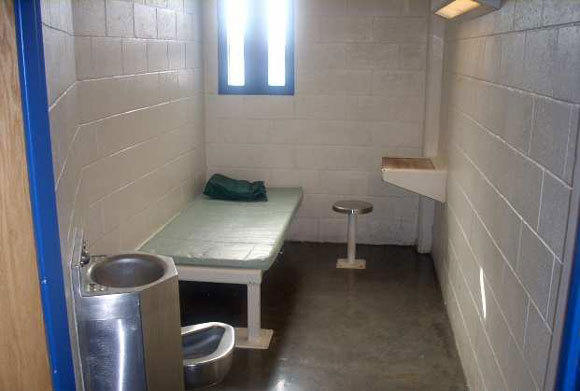 Mayweather is currently eating fruit, bread, and energy bars from the jail commissary, which is less than 800 calories a day compared to his usual routine of at least 3,000 calories, according to his doctor.

Mayweather turned himself in to authorities June 1, for assaulting the mother of his children in 2010.