Stebbie told TMZ that he dumped Joseline because she cheated and he has overwhelming proof. He also revealed the split on social media. Stevie claims she’s slept with 30 people that included several rappers.

When a fan asked Stevie about his “Puerto Rican princess” on Twitter recently, the record producer responded, “I don’t have one of those.” Uh, what?! But it gets worse  —or better, depending on how you look at it. Stevie also tweeted that one of his worst habits was “loving those that hurt” him and his regret in life was “trusting a woman. #NeverAgain.”

It’s unclear if Joseline got hacked but the reality star’s twitter page shared screen shot messages with Rick Ross. She also revealed that she slept with Kevin Durant, Drake, Nelly and more.

Is Joseline Hernandez Cheating on Stevie J With Rick Ross and Kevin Durant?

Check out Joseline’s rant below. 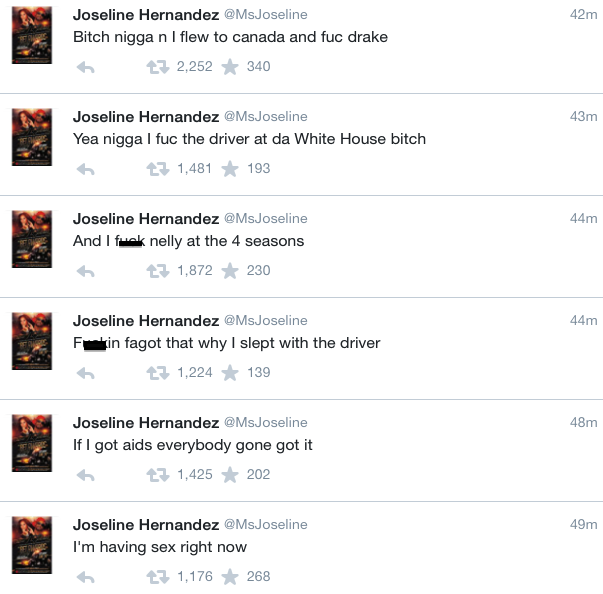 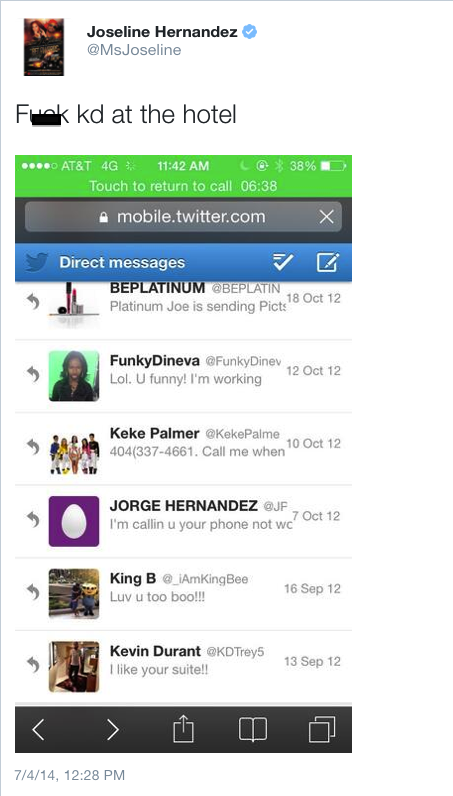 It appears Stevie thought that was Joseline posting her business on Twitter because he fired back:

This is not the first time Joseline has aired out her business on social media. During one of the couple’s rocky patches, Joseline said Stevie is gay and on drugs. Guess will have to wait to see how things unfold on Love & Hip Hop Atlanta.