Hernandez was attacked by a fan of the show during the event Monday night. According to blogger Freddy O, the fan approached Joseline and confronted her about getting an abortion and that’s when all hell broke loose.

It’s unclear who hit who first. Freddy O didn’t get a chance to talk to Joseline but he did talk to the fan who questioned her. Here’s her take on what happened below:

“This is some bull….I am so tired of telling people what happened…My friend asked her Joseline “why would you get rid of the baby her and stevie J” had made…She then brushed my friend off (the chick was every NYC hood type) so my friend hit her. I mean, you can’t just brush people off in the club and think it’s cool. Now she’s telling people that my friend hit her with a bottle and that’s not true.” After speaking with the friend’s alleged attacker, I asked one of the other people who broke up the fight what happened. She said ” It was crazy; things just got popping and it looked like Joseline was scratched in the face , but the club was dark so it was hard to see.”

The attacker should have known that most reality show participants are under a confidentiality clause and cannot reveal the story line to the upcoming show until it airs. So it was pointless to confront Joseline about the abortion since that show hasn’t aired yet. 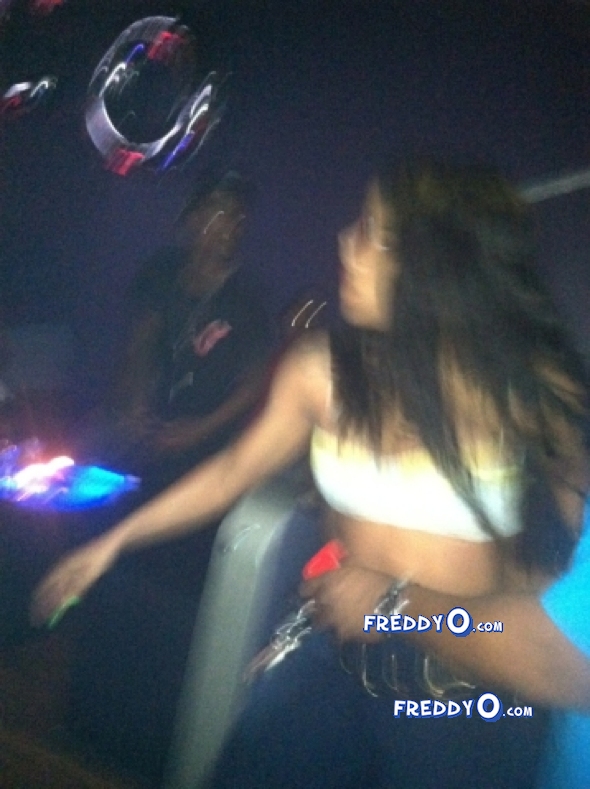