Joe Jonas Rushed To The Hospital!

Singer Joe Jonas was rushed to the hospital in Los Angeles after complaining about stomach pains on Sunday.

Jonas checked into an emergency room only 48 hours after he did some late night partying in Chicago, TMZ reports. A rep for Jonas confirmed he went to the ER at a Children’s Hospital. He was only there briefly and it was not clear what was wrong with the singer. 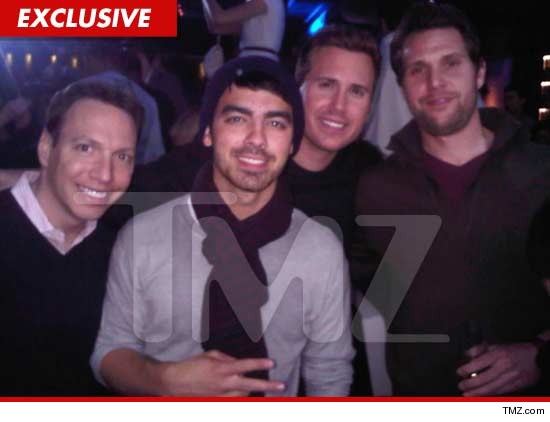 Jonas partied at The Board Room nightclub Friday before he performed the next night in Chicago. He was spotted at Katsuya restaurant eating sushi with his brother Nick hours before his stomach trouble began.

We hope Joe feels better and makes a full recovery.