And to prove it, the new cast member of Love & Hip Hop New York kicked out a concertgoer for her negative tweets on Wednesday night. The concertgoer, who goes by the name of Paige $, was kicked out of the venue for simply sharing what she saw. But Budden didn’t like it and in the end she was escorted by security out of the club.

It all began when Paige tweeted the photo below along with the caption: “I wish this picture really captured how dead it is in there at the joe budden concert.” 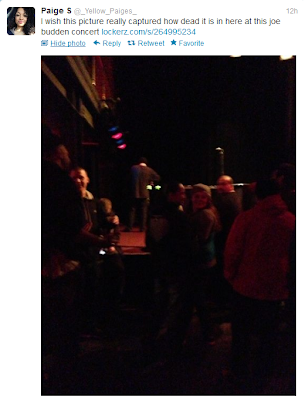 After Budden caught wind of the tweet he asked security to remove her before he went on stage to perform. Check out Paige’s account of the situation below. Read from bottom up: 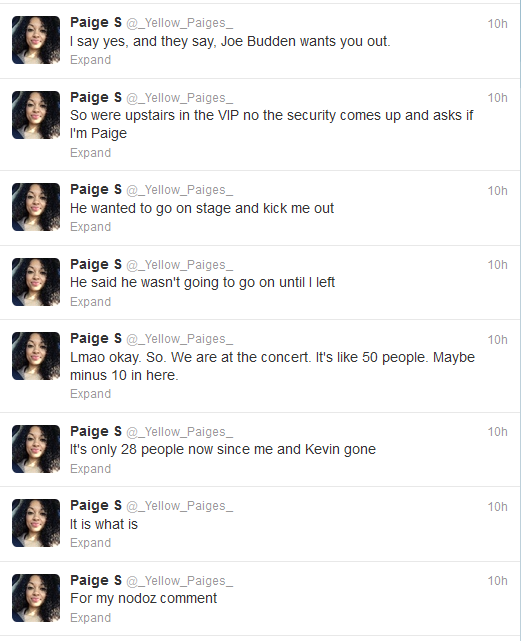 Paige, later, tweeted that the club owner gave her tickets to a Too Short concert for the misunderstanding. She added,”I would never heckle an artist. He kicked me out via his security BEFORE he went on stage, over my tweets. That’s it.”

Meanwhile, Budden has no regrets.