Jackson has a 12-year old daughter, Ashley, from an extra-marital affair and according to her mom, he allegedly is not paying child support. Jackson admitted to fathering a child with Karin Stanford in 2001 after the National Enquirer published a photo of the two, along with a article about the affair. His daughter was 20 months at the time. 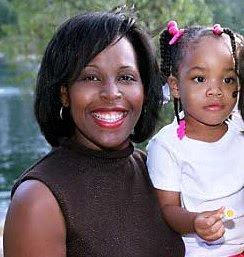 Now it appears that Stanford is feed up with Jackson’s lack of funds. Stanford is accusing Jackson of not paying child support in months. His payments are only $400 a month!

Check out what the National Enquirer said below:

In official documents filed with the Los Angeles Superior Court and obtained by The ENQUIRER, Karin Stanford claims the 70-year-old famed civil rights leader owes $11,694.50 for their daughter Ashley, now 12.

Stanford was a top aide with Jackson’s Rainbow PUSHCoalition, and The ENQUIRER exposed their long-term extramarital affair in a bombshell world exclusive in January 2001.

After admitting paternity, the former Democratic presidential hopeful paid court-ordered support and regularly visited Ashley at Stanford’s California home for the past decade.

But according to the court documents, Jackson – who’s remained married to wife Jackie – failed to pay support from December 2010 until August 2011, including minimal monthly fees of $400.

“Karin has tried so many times to work with Jesse on their financial agreement,” a source told The ENQUIRER. “But he was only paying when he felt like it, so she’s taking him to court.”