Carey’s manager/producer jumped on social media to defend himself. First, Dupri posted a few tweets from people bashing him for promoting Carey’s new nonalcoholic drink instead of her album.

Then Dupri gave his side of the story. Check out his comments below. 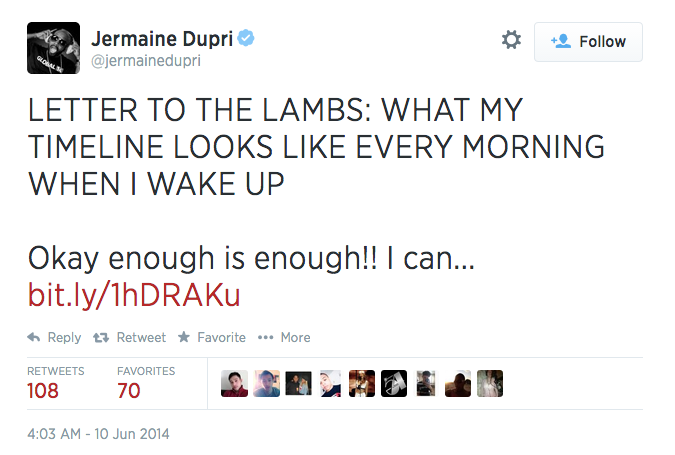 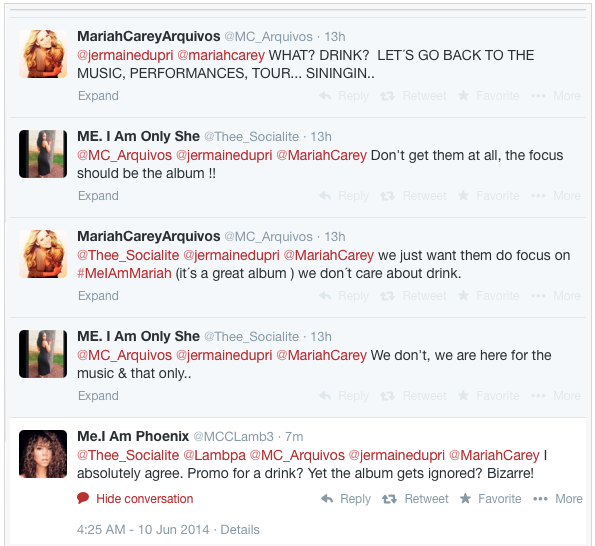 “Okay enough is enough!! I can’t continue to let you think, what you see or don’t see is a result of me not knowing what I’m doing, this is bigger than me and in the music business things don’t go as fast as you would always like them to, if you know my history, you know I want to go down as one of the greatest produces of all times, I want to be mentioned with the greats like berry Gordy and Clive Davis when people talk about putting out artist, so for me,allowing you to believe I don’t care about the promotion of the Mariah record and I don’t see you screaming at me, that this song and that song needs to be a single,goes against everything that I’m about, believe me! everything that you question Will be answered ASAP!!!!” Carey’s latest album, Me…I Am Mariah: The Elusive Chanteuse, debuted at No. 3 on the Billboard charts selling 58,000 copies first week. It quickly sank the second week with less 15,000 copies sold. That’s the singer’s smallest opening sales for a non-holiday album.

But Carey was still in good spirits and debuted a new melodic beverage called Butterfly on Tuesday. The drink is available exclusively at Walgreens.