Winston became the second straight freshman and the youngest to win the Heisman Trophy. His performance was so dominating that a criminal investigation couldn’t derail it.

”I cannot explain the feeling that I have inside right now,” Winston said. ”I’m so overwhelmed. It’s awesome.”

Jameis Winston Will Not Be Charged With Sexual Assault [Details] 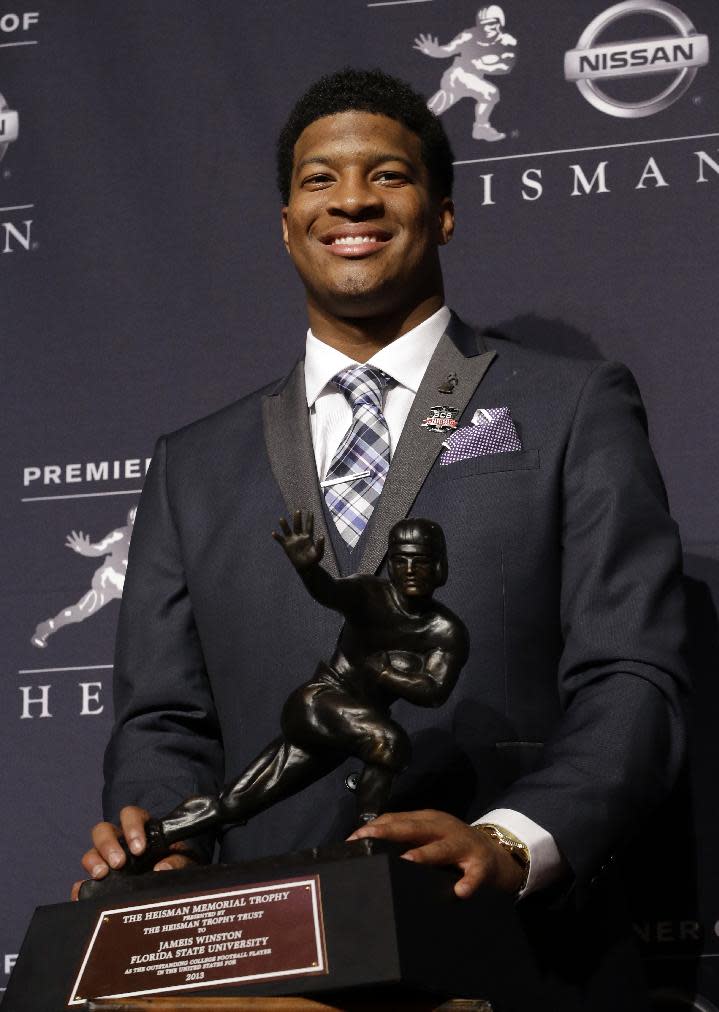 Winston led the Seminoles to a 13-0 regular season record with an opportunity to win the BCS championship in January. The 19-year old completed 67.9 percent of his passes for 3,820 yards, 38 touchdowns and 10 interceptions. He also ran for 193 yards and four touchdowns.

Winston won the award with 2,205 points. Alabama quarterback A.J. McCarron was second with 704 points; Northern Illinois quarterback Jordan Lynch finished third with 558 points; Boston College running back Andre Williams was fourth with 470 points; Manziel was fifth with 421 points; and Auburn running back was sixth with 404 points.

Although Winston was left off 115 ballots, his margin of victory was the fifth-largest in the last 50 years.

Photos via Yahoo.com and Orlando Sentinel