Tran has posted photos of Brown in the kitchen cooking a meal. Even more photos of them on vacations. But it hasn’t stopped rumors that Brown and his former squeeze Rihanna are secretly dating. It also hasn’t helped that subliminal tweets continue to come from all three on Twitter.

Now, no one knows for sure if Brown and Rihanna has directed any towards each other, but it’s almost for certain that Karrueche and RiRi are firing shots at each other. 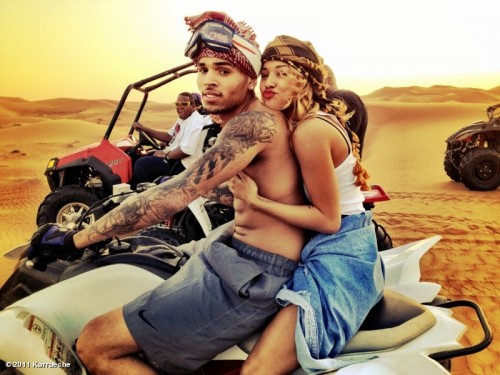 Rihanna couldn’t step foot on American soil fast enough before she began taking aim at Brown’s girlfriend on Twitter Friday night. RiRi  thought it was the right time to fire back at a tweet Karrueche sent last week.

Many have speculated that Rihanna’s verse, “I’m sweeter than the rice cake” on her Birthday Cake remix with Chris Brown was directed towards Karrueche. When Brown’s girlfriend heard the track she immediately tweeted,”But I’m Ray Charles to the bullshit.” She later tweeted, “I know you waiting on me to say something.”

Well, RiRi took a minute to think of a comeback. And she finally posted one days later. Rihanna tweeted,”I’mma make you my bitch,’ which is a line from the Birthday Cake remix. Now that tweet wouldn’t have been so bad if she didn’t post the photo below with the tweet, OUCH! 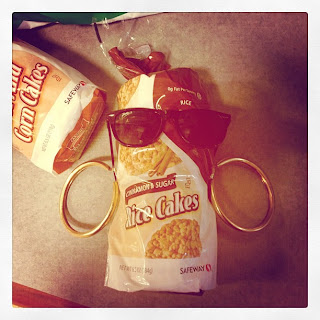 Yes, those are Ray Charles glasses around rice cakes. It kind of looks like Karrueche when she wore the outfit below. 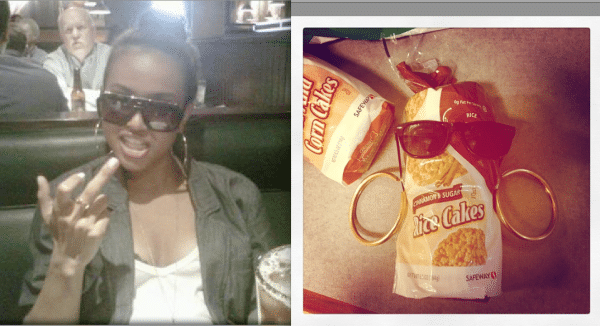 We guess its safe to say that the battle for Brown is on!