Is Bow Wow Frustrated With Cash Money Over Promotion?

And he’s the latest celebrity to go on a Twitter rant. Bow Wow posted a series of tweets about his disappointment with the promotion of his album.

Bow Wow signed with Cash Money records in 2009, so most assumed he was talking about his label. But he didn’t mention Cash Money, he simply used the term ‘nobody’ to get his point across. Check out his tweets below: 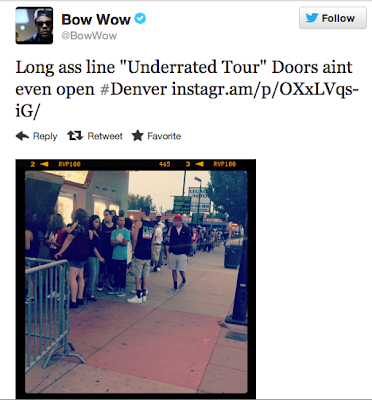 Hey Bow Wow! Maybe you should schedule a meeting with the label to voice your concerns instead of sending subliminal tweets. Just a thought.