Cleveland Cavaliers star Iman Shumpert has some explaining to do.

In the midst of his fiancée Teyanna Taylor being praised for her physique, their are rumors that Shumpert has been cheating. Taylorquickly rose to stardom after she starred in Kanye West’s music video Fade, recreating a scene from “Flashdance.” Shump got his screen time as well, making a brief cameo towards the end of the clip. The video premiered during the MTV Video Music Awards.

But a black cloud hovers over the couple because of Shumpert’s alleged cheating. Let’s focus on the more recent allegations. When Shumpert was arrested for DUI and possession of marijuana on Aug. 10 in Atlanta, he admitted he was coming from his ‘homegirl’s house.’ Now according to Fameolous, one of Shumpert’s alleged side chicks has come forward. She claims the two had a relationship since they were teenagers. The lady claims they were really hot and heavy until midway through Taylor’s pregnancy, even participating in threesomes. 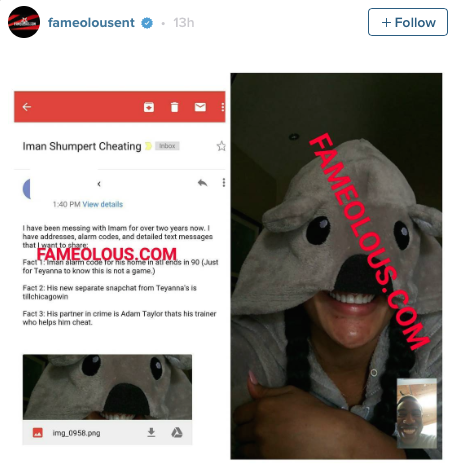 Then The Shaderoom caught Shumpert trying to creep into Jaden Smith’s girlfriend’s DMs. 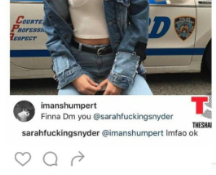 Shumpert and Taylor appear to have ignored the new cheating rumors. The couple, who share a daughter together, are in New York for fashion week.