That’s right folks, the former perm having, flamboyant queen is giving up men for a straight lifestyle. Dodson claims he’s no longer gay and has found Jesus. According to Dodson’s Facebook page, the YouTube star has decided that he’s “no longer into homosexuality.”

The Hide Ya Kids, Hide Ya Wife star wrote:

I have to renounce myself, I’m no longer into homosexuality I want a wife and family, I want to multiply and raise and love my family that I create. I could care less about the fame and fortune, I’ve giving all that up to know the true history of the bible. For I am the True Chosen Hebrew Israelite descendant of Judah. And as True Israel I know that there are certain things we just can’t do. And I totally understand that now. I don’t need a Mercedes Benz, I don’t need a big house in Beverly Hills all I need is the Most High and my family (Israel). I have been awaken by the great and so should you. Let’s be delivered from the wickedness of the world and live the way we should. The Most High bless all and have a beautiful evening. Israel wake up and take full power of who you are. I’m ready are you?

Dodson, later, had a message to his critics:

I don’t preach hate, and everything I speak comes directly from the bible, I was raised to follow the bible, so now I actually sat down and devoted time to understand the bible, its a problem? Some one is confused and lying and the truth is not in them. But since all nations are against me, I know I’m on the right path, Shalom and praise to the Most High and Messiah. This is the Rise of the Chosen, I feel it in the spirit. All you demons and devils please get behind me, my peace is spoken.

Israel will be hated by all nations, the flamboyant pictures of me are all over a year old, because you talk ish about or try to destroy my character, its not going to work. Like I said, that lifestyle is foolish and I don’t want or have time for it. For my blacks and Hispanics and the rest of the 12 true Israel. We got this because now we have their attention. Also Gentiles who want to accept the Most High and his son, you also can be brought into the fold. Rise of the Chosen.

Dodson posted the photo below of his new look.

It appears that no one has hacked Dodson’s page and he’s serious. But if he has given up his prior lifestyle, lets take a walk down memory lane. Dodson became an internet sensation after a interview that he did with a Atlanta news station went viral.

Someone tried to rape his sister in their apartment and Dodson went to her rescue. His phrase ‘hide your kids, hide your wife’ became a catch phrase from that point on. Check out old photos and videos below. 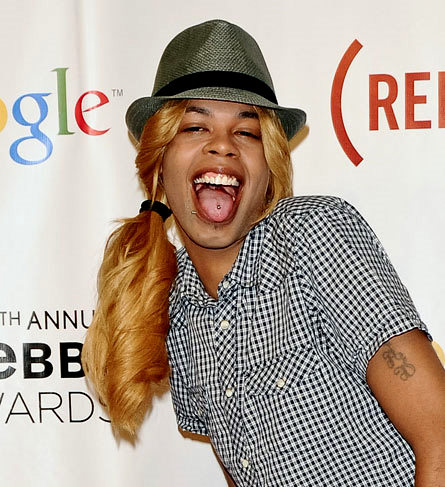 Watch the video that made Dodson famous below.