Gucci Mane May Wear Plenty of Diamonds But Some Of That Jewelry Ain’t Paid For! [Details]

Rapper Gucci Mane is known for his diamond-encrusted jewelry.

The Atlanta rapper has been spotted on stage and at many celebrity events in plenty of gold, platinum, and diamond pieces. But as it turns out, the rapper allegedly stole some of that bling. A&A Diamonds of Georgia had to sue Gucci Mane because they loaned him $240,000 worth of jewels and he never paid or returned them, TMZ reports. 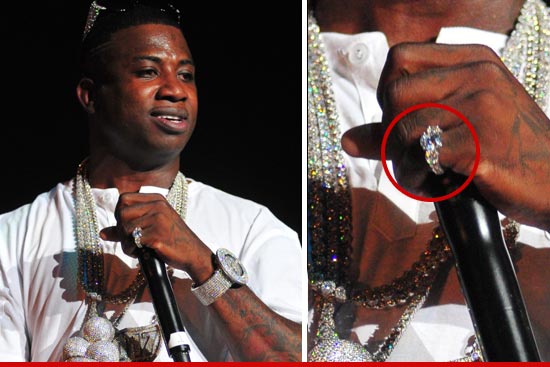 A&A, later, filed suit against Gucci for the $200,000 jewelry balance plus interest and attorneys’ fees. Gucci didn’t show up for court and A&A won a default judgment for $270,000.00 in April. Gucci hasn’t responded to the judgement.