Rapper Lil Wayne was caught in a compromising position in a Miami hotel room.

A Pennsylvania model by the name of Saralyn spent some quality time with Weezy and later snapped a photo of him in his underwear while he slept. Saralyn claims she didn’t leak the photo but somehow it ended up on numerous blog sites.

Were almost certain that Weezy’s girlfriend Dhea Sodano is not pleased by this photo. 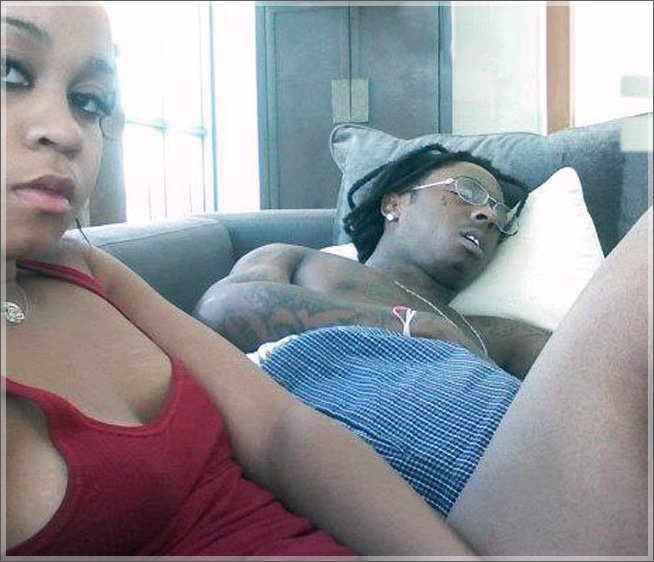 Saralyn used her 15 minutes of attention to defend her relationship Weezy. She tweeted: 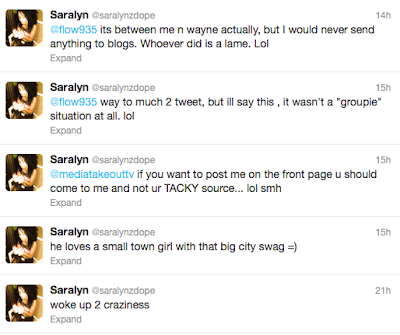 Meanwhile, Karrine ‘Superhead’ Steffans wasn’t pleased when she heard about the groupie photo. She decided to school the young groupie on how the game is played. Karrine tweeted:

@KarrineandCo: You new heauxz need a book and I see I’mma have to write it.

@KarrineandCo And now, you chix are gonna get fucked and kicked out cuz a nigga can’t even fall asleep around you basics.”

@KarrineandCo U new heauxz don’t even know the rules, fucking up the game & wonder why they always fux w/ their old bitches.

@KarrineandCo: I’mma need you to fuck bitches who have better titties. Thank you.

@KarrineandCo: Looking like a 5th grader all about the face and chest….” 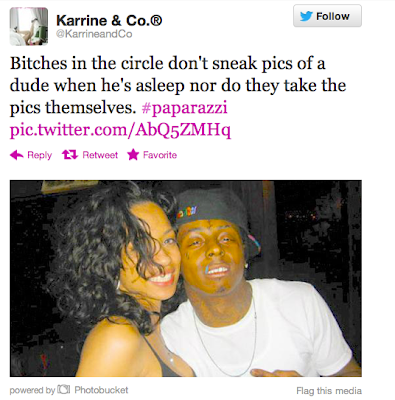 It’s funny that Karrine, who later deleted the tweets, would comment on the leaked photo being that she did the exact same thing to Bobby Brown a few years ago. She recorded Brown sleeping on her couch and then uploaded the video to her blog.