Johnson who also is the pastor at I.P.C. Ministries in Atlanta, is a past winner of Sunday Best on BET. She signed to the Music World label after she won the title. But things have not gone the way she hoped for.

Johnson revealed last year that she wanted out of her contract, and now she’s gone on social media to vent her frustration.

The Gospel singer tweeted,”I HAVE NOT SAID NOTHING FOR 2YRS NOW!!! MATTHEW KNOWLES IS A CROOK!!! AND I WANT OUT!!!! IM TIRED OF BEING BULLIED!!!!” Read her Twitter timeline below from the BOTTOM up. 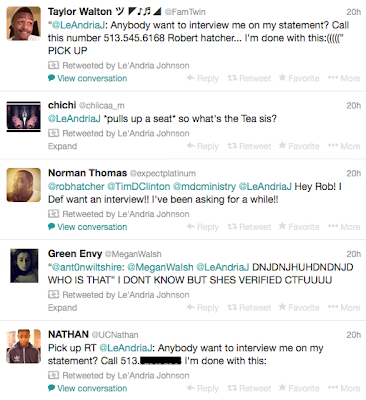 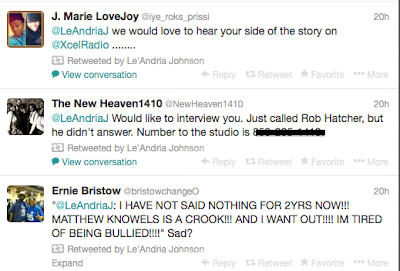 After her alleged comments spread like wildfire, Johnson is now denying posting the comments. But they remain visiable on her timeline and so are messages in support of her that she retweeted of her followers.

Read Johnson’s statment via TheYBF.com below.

Photos via Praiserichmond.com and BET