On Tuesday, Rancic decided to make a public apology on E! News. It stems from a bad joke Rancic made during the Oscars red carpet on Sunday night.

Rancic joked about Zendaya’s dreadlocks, saying, “I feel like she smells like pachouli oil,” and when the cameras cut away to a picture of the star’s look, an unnamed voice chimed in saying, “Or weed!”

“I’d really like to address something that’s weighing very heavy on my heart,” Rancic said. “I want to apologize for a comment that I made on last night’s Fashion Police about Zendaya’s hair.”

Rancic continued, “Something I said last night did cross the line. I didn’t intend to hurt anybody, but I’ve learned it’s not my intent that matters, it’s the result.”

Rancic’s apology comes on the heels of Zendaya blasting the E! News correspondent on Instagram. 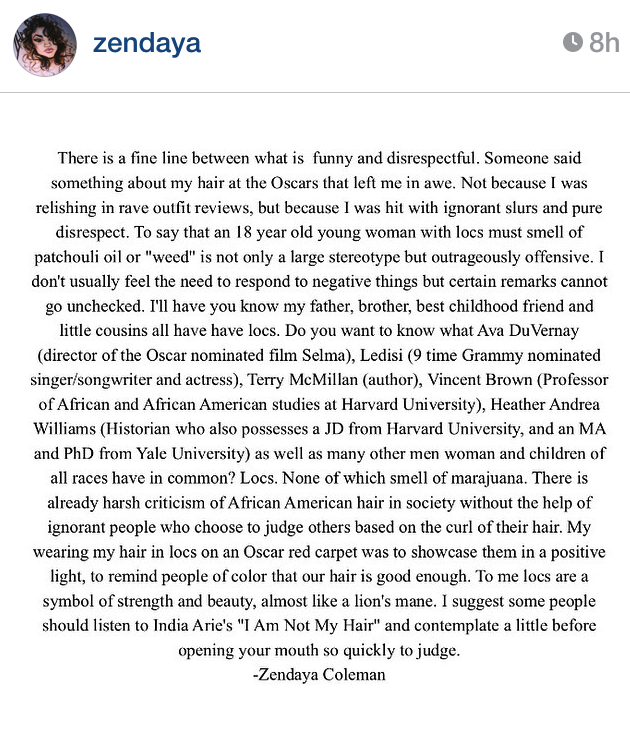 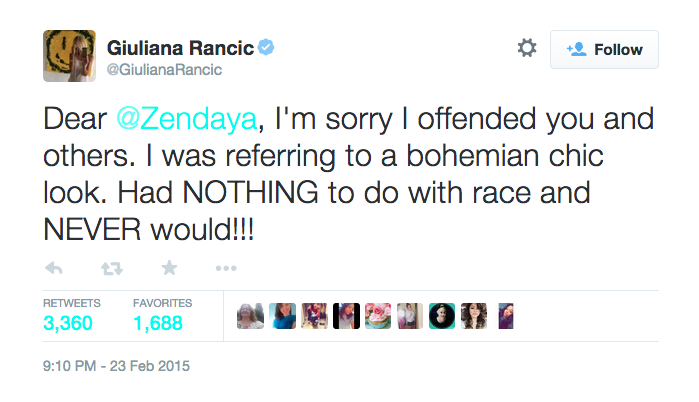 But after Rancic made her on-air apology, she wrote another one on Twitter.

“This really has been a learning experience for me, I’ve learned a lot today,” Rancic said. “And this incident has taught me to be a lot more aware of cliches and stereotypes, how much damage they can do. And that I am responsible, as we all are, to not perpetuate them further.”

Photos via Pagesix.com and Opposingviews.com