The Game Blasts Stevie J Over Photo With Joseline Hernandez

Love & Hip Hop Atlanta star Stevie J tried to drum up some publicity for the show.

But The Game quickly shut the reality star down. It all began after The Game and Joseline Hernandez  attended the L.A. screening of the movie Keanu at TCL Chinese Theatre in Hollywood.

Hernandez posted a photo of the two on Instagram. It seemed pretty innocent, but Stevie wasn’t feeling the photo. He assumed the two were hooking up and commented under the photo: “Good Luck to you both. Be happy.” 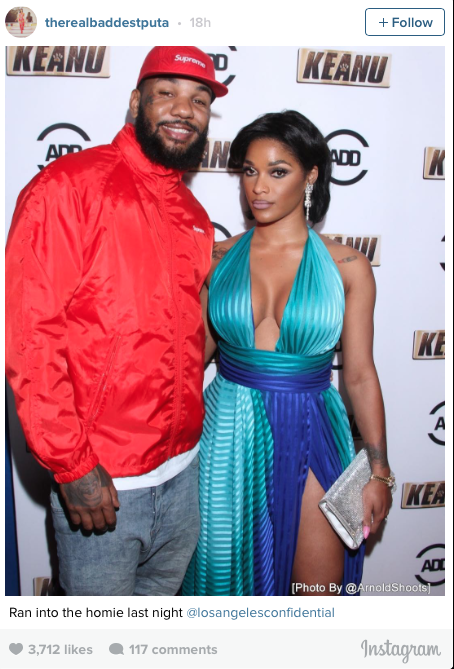 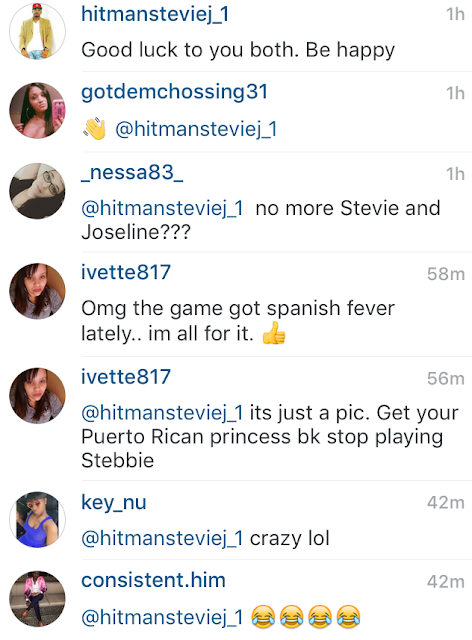 After fans began to speculate that Hernandez and The Game were dating, the rapper responded. The Game denied it and said Hernandez wasn’t his type. He also claimed Stevie called his phone 25 times over the photo. Read The Game’s comments below.

The Game’s friend and manager, Wack 100 also responded to Stevie. He basically said Hernandez looked like a man and threw in a gang reference, ‘Piru.’

Stevie and Hernandez’s relationship has been strained lately. Hernandez was accused of trashing Stevie’s stuff back in January. Then rumors that she was hooking up with Rick Ross followed right after.