The Game Robbed At His Yard Sale [Details]

The Game held a yard sale at his former home over the weekend.

The How We Do rapper wanted to sell most of his personal items in an effort to donate the proceeds to charity. The Game, who is selling the estate, opened the sale up to the public. But he’s probably regretting that decision.

The Game Accuses Tiffney Cambridge Of Brainwashing His Kids [Details]

An elderly man was caught stealing two of his iPhones from the sale. The Game reached out to the public to get help with identifying the thief. 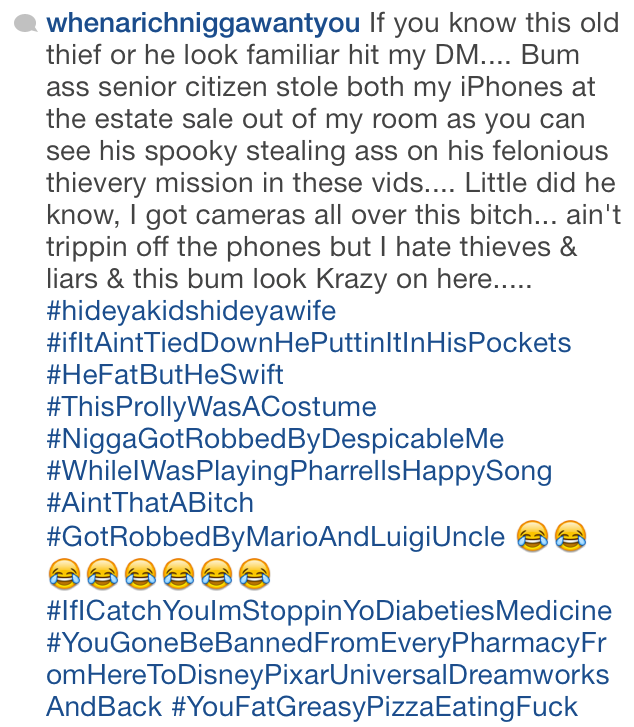