The Game is not a fan of Meek Mill.

The two rappers were feuding for quite some time, after the Compton rapper believed Mill told the cops that he had something to do Sean Kingston getting robbed. Needless to say, The Game has had hatred for Mill ever since.

But things appeared to have calmed down between the two until the last weekend. The Game publicly dragged Mill on social media for ‘liking’ memes clowning his ex-girlfriend Nicki Minaj after she was dragged by Remy Ma on diss track, ShETHER.

Once The Game noticed Mill liked a meme that Hot 97’s Ebro Darden posted, he went in. 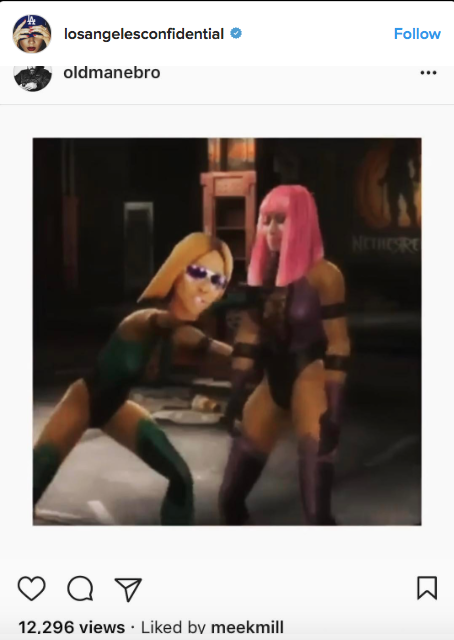 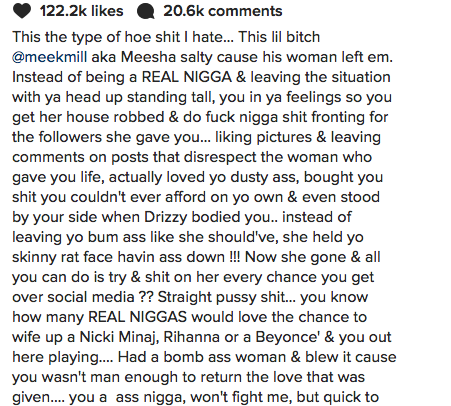 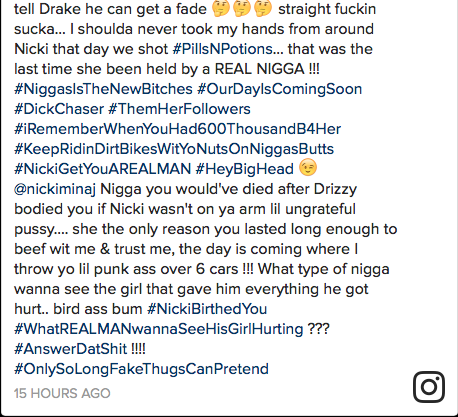 Both The Game and Mill released diss tracks but it never went any farther. The beef allegedly ended in October but it looks like it’s back on.