Future’s baby mama Brittni is doing everything in her power to expose the Atlanta rapper.

Shortly after Future revealed he has feelings for Ciara, Brittni has been taking subliminal shots at Future on Twitter. Brittni claims her son, Jakory, is for the rapper.

It’s unclear if Brittni’s Twitter rants were out of jealousy or there is a legitimate beef with Future, but she’s been relentless. It’s rumored that Brittni is trying to drum up attention in an effort to become a character on VH1’s Love & Hip Hop Atlanta.

Ciara in the Middle of Some Baby Mama Drama! [Details]

No word whether Brittni’s efforts is working, but she hasn’t let up. And according to Brittni, Future hasn’t helped matters. She claims the Same Dam Time rapper called her mother a b*tch. She didn’t hold back this time. She said Ciara was ‘fucking for tracks’ and Future was a dead beat dad.

Check out Brittni’s tweets below. Read from the bottom up.

India who Brittni refers to in her tweets is one of Future’s baby mamas. India was Future’s longtime girlfriend and they have a daughter (photo below). 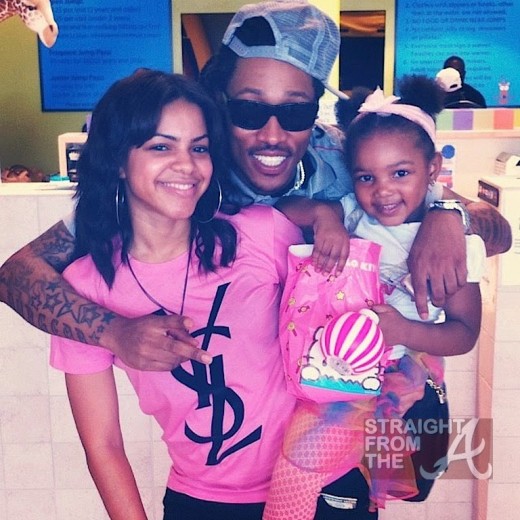 Future just got the news that he is the father to a 10-year-old son. According to TMZ, he didn’t know he had a son. Future must now pay $1,662 in child support each month.