Nour claims she slept with Brown while he was in Paris last week. Nour told French magazine Oops she had sex with Chris Brown in his hotel room. She alleges Brown’s ex-girlfriend Karrueche Tran witnessed them flirting in a hotel room and she didn’t interfere.

“It was beautiful and flattering,” Nour told Oops. “Some will criticize me, but I put any girl in challenge to say no to Chris Brown!” 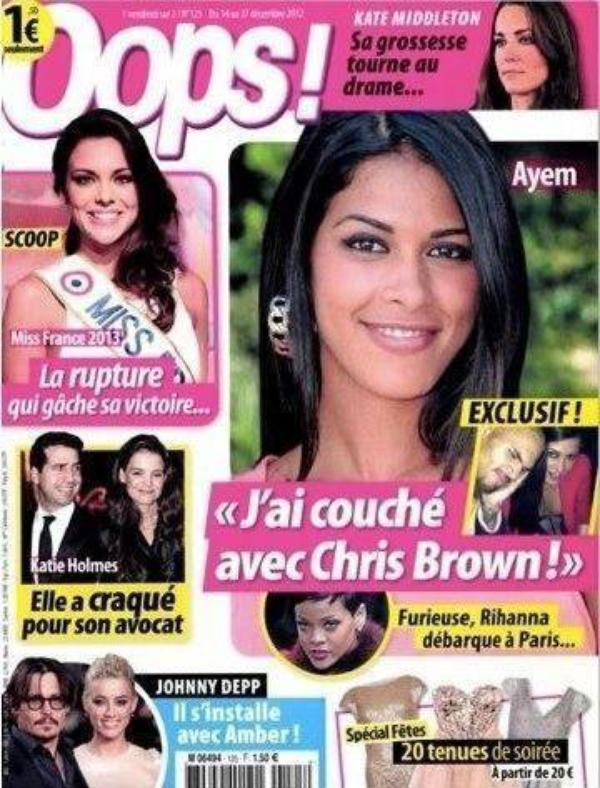 Meanwhile, Brown posted the photo below of Tran wearing a cap on Instagram. Rihanna posted subliminal tweets after Brown. One of RiRi tweets read, “If you let their rejection frighten you and change your focus, you won’t do what God wants you to do.” Another, “Jesus wasn’t swayed by men’s opinions, threats, judgments or criticisms.”

A source told Hollywood Life that Rihanna is giving Brown an ultimatum.

“Chris needs to stop taking advantage before she’s gone forever and this time she ain’t playing,” a source told the website. “She loves him so much and he knows that but her heart is involved and he’s taking advantage. I ain’t saying she done with him just yet. That’s going to be hard for her and probably one of the most hardest things she will ever do in her life, but she is tired of the bulls— and she’s realizing who the f— she is and how life must go on even if it ain’t with the love of her life.”