Share on FacebookShare on TwitterShare on Pinterest
French Montana is ready to take his relationship with Iggy Azalea to the next level.
Montana appears to have bought his rumored girlfriend Azalea seven diamond ring bands. She posted a photo of her bling with the caption, “He told me pressure makes diamonds, while tagging Montana and celebrity jeweler Iceman Nick.
Azalea, later, promoted Montana’s Speed Gods video game on Instagram.

This is Azalea’s first public relationship after her split from ex-fiancé Nick Young. The couple was first spotted together on a trip to Cabo San Lucas, Mexico last month. Although they were spotted kissing on vacation, Azalea claimed that they were just friends and she was still single. 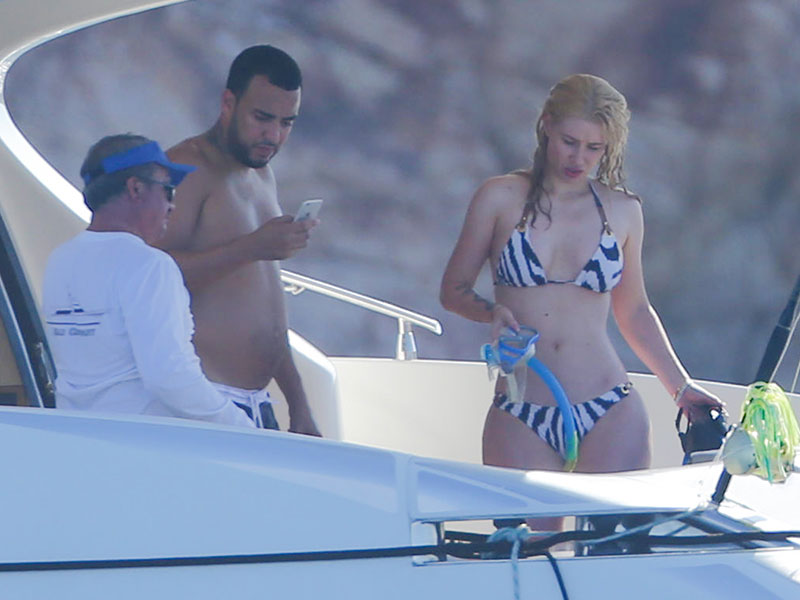 It’s unclear whether the bling is a sign of a change in their status. Montana’s upcoming album MC4 drops Oct. 14, while Azalea’s Digital Distortion is still awaiting a release date.