Foxy Brown Tries to Get Nelly To DM Her, Slams Ashanti For Dating Her Ex [Details]

Foxy Brown is not a big fan of Ashanti these days.

The Brooklyn rapper has ignited a feud with Ashanti, after the singer posted a photo on Instagram with Brown’s ex-boyfriend Spragga Benz. Then Brown tries to get Nelly to DM her on Instagram.

Nelly posted a picture of himself handing out diplomas to students who earned their degrees at his Ex’treme Institute (EI.) And under the photo Brown commented that she wanted him to DM her.

Brown, later, deleted her comment but not before someone could screenshot it. It’s unclear if Nelly responded. The St. Louis rapper is currently dating Shantel Jackson.

It all began when Ashanti chronicled her fun during her Jamaica trip over the holidays. She posted a series of photos on Instagram with friends and celebs, Sean Paul, Shaggy and Spragga.

The photos seemed pretty innocent to her fans, but Brown felt some type of way. Ashanti posted the photo below with the caption: “So….. Yall already know…. #IloveMeSomeSpragga Jamaica bout to be lit #SpraggaBenz #Respec #EverytingCool #EverytingCriss #Bigup #Bless #NewYearsEveInJamaica” 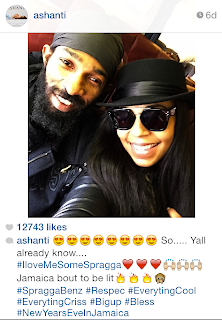 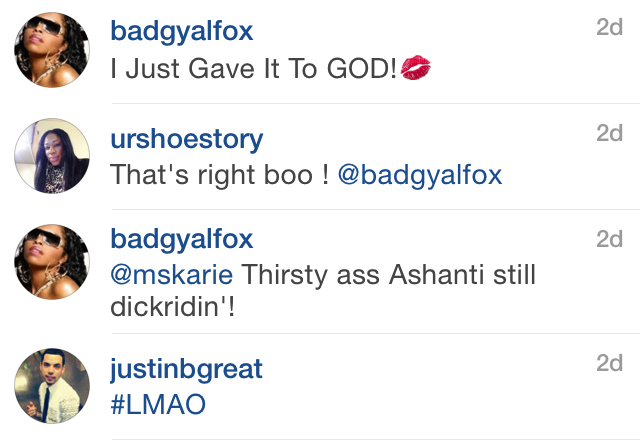 Ashanti hasn’t commented on Brown’s insults, but some clowned the rapper for her rude comments. Check out a few comments below.

So far, Ashanti has not responded.