Well, it was fun while it lasted.

Producers of Basketball Wives: LA is cleaning house. Four of the six cast members will get their walking papers soon. Gloria Govan, Laura Govan, Malaysia Pargo and Brooke Bailey will not be asked back for another season, TMZ reports. Draya Michele and Jackie Christie will be the only returning members.

A source told TMZ that the fired stars weren’t allowing “all of their reality to be filmed.” Producers reached their breaking point with Gloria after she didn’t notify them she was getting married to Los Angeles Clippers star Matt Barnes. Producers haven’t inform the women of their decision but they have already began their search for replacements.

Last week, after criticism from fans about Basketball Wives: LA being boring, Shaunie O’Neal hinted on Twitter that the show was headed for a complete make-over. 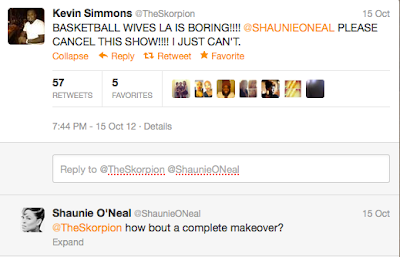 “If it’s ‘Basketball Wives,’ then let’s hold this title. At least have some basketball affiliation. At least keep it in the group, just have an affiliation. I’ve been with my guy 12 years, regardless of marriage or not. I’ve paid my dues. Give me some people who have paid their dues.”

“At the end of the day, the title is called ‘Basketball Wives,’ at least play basketball. Let’s not just have the groupies. Get that for another show. That could be the jump-off show.”

Sounds like Laura wants to remain on the show. Maybe producers will have a change of heart before the season ends.