The couple has put their 8,558-square-foot Brentwood mansion on the market for $1.099 million. The mansion, which they have owned since 2007, boasts five bedrooms and six bathrooms, Realtor.com reports. The three-story home has hardwood flooring, vaulted ceilings, detailed molding, a chef’s kitchen and a study. There are also two stairways, an elevator, media room, rec room, wet bar and pool.

The sale of their mansion comes with speculation that the couple could allegedly be having marital problems. Last month, Eddie was caught in the wee hours of the morning in the passenger seat of professional golfer Rachel Conner. She was pulled over by police and arrested for drunk driving in Orlando.

George issued a statement following the incident denying reports of an affair. Taj has never addressed the incident publicly. The bad press was a huge blow to the couple who just released the relationship book Married for Real: Building a Loving and Powerful Life Together in February.

Taj is now on tour with the singing group SWV and preparing for their new album I Missed Us to be released on April 17th.

Check out photos of their mansion below. 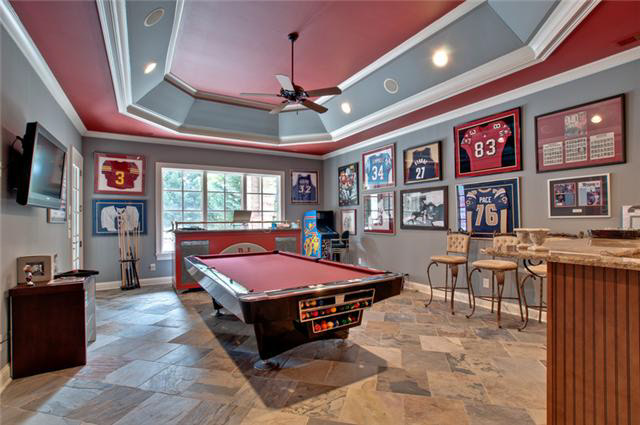