Former B2K member Raz B accidentally fail through a glass door in his hotel room in China.

Raz, who has been performing in Shanghai for the last year, nearly died after he sliced his wrist open and loss a large amount of blood because of the fall. The troubled singer told TMZ he tripped hard inside his room and when he tried to break his fall, he crashed through a sliding glass door. The broken glass caught ahold to his wrist and opened a wound that tore through his ligaments, nerves and tendons. 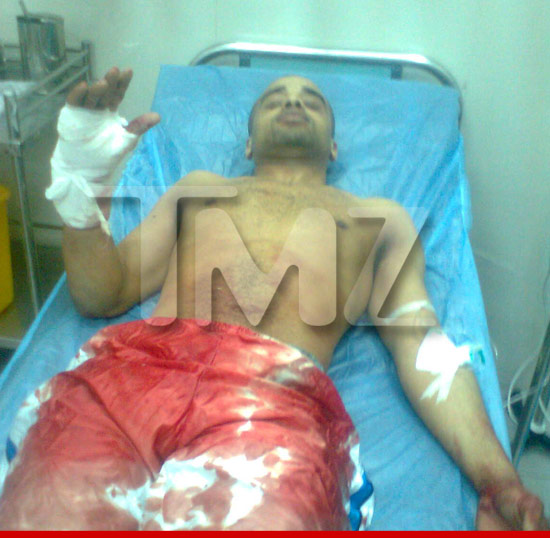 Raz B was rushed to Huashan Hospital Fudan University where doctors operated to repair his wrist. It was a procedure that took roughly 5 hours. Raz was released from the hospital Monday.