Floyd Mayweather Jr. is set to make a huge pay-day when he faces Marcos Maidana Saturday night in the welterweight unification fight in Las Vegas.

Mayweather is guaranteed $32 million, but it appears that he’s not worried about the money. Right now, the boxer is more interested in insulting his former fiancée Shantel Jackson.

Mayweather crossed the line on Thursday morning when he claimed that the real reason he broke up with Jackson was because she aborted their two twins. He even included an ultrasound with the twin fetuses.

Mayweather posted the photo below with the caption: “The real reason me and Shantel Christine Jackson @missjackson broke up was because she got an abortion, and I’m totally against killing babies,” Mayweather or the person posing as him wrote. “She killed our twin babies. #ShantelJackson #FloydMayweather #TheMoneyTeam #TMT.” Mayweather, later, deleted the photo, but he didn’t stop there. He also posted the photo below with the caption: “Before all the plastic surgery I had to pay for. I’m a Indian giver I want my money back. LOL.”

Mayweather began spewing his jabs and insults after Jackson posted the photo below with her rumored boyfriend Nelly. 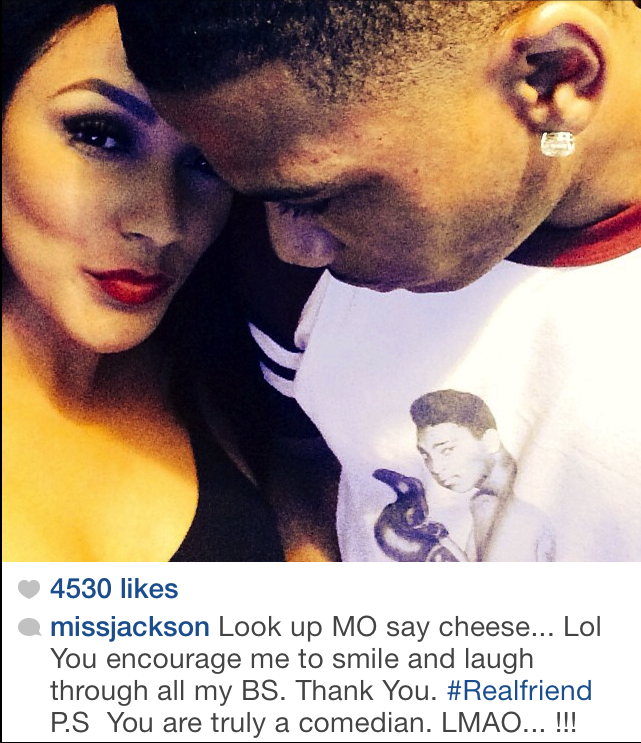 Jackson sent out a subliminal tweet without mentioning Mayweather’s name. 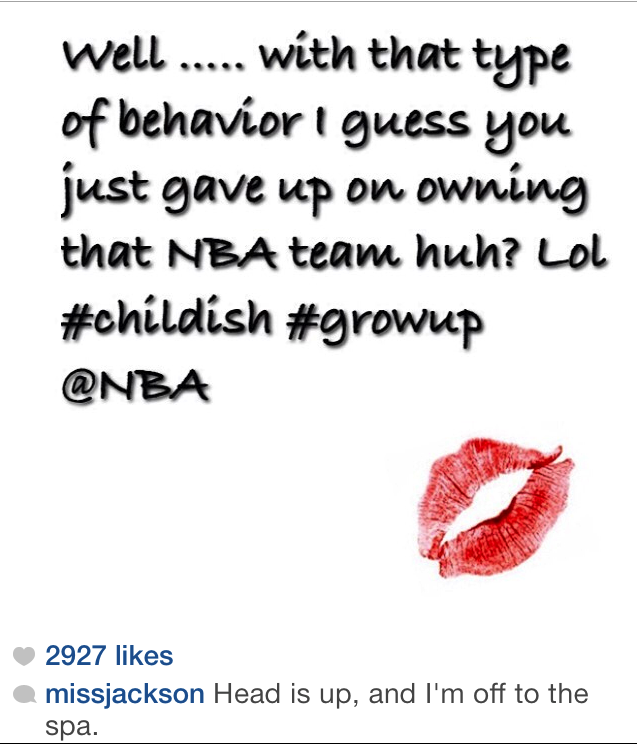 Mayweather announced earlier in the week that he was interested in buying the Los Angeles Clippers. Nelly also sent out a subliminal comment.

Jackson retweeted Nelly’s post. And it didn’t take long for people to comment on the situation on social media.

YDKSAB: Flyoyd Mayweather is the biggest PIECE of SH*T in boxing. He leaks 2 days before his PPV that his ex had an abortion. Anything for Sales. SMH The issue is not about abortion but privacy. I hope Miss Jackson sues Floyd for trying to destroy her publicly.

PhillyKG: Damn…Floyd’s lady had an abortion behind his back…ain’t say nothing to him. Top 3 crazy things your lady could do to u.

MzKShine: Really Floyd did u have to blast her for the abortion tho?? That’s her body & choice ‪#PETTY

Charlamagne The God (Breakfast Club Morning Show): You pregnant with twins from Floyd Mayweather Jr. and you have an abortion I can’t see any reason why you shouldn’t be Donkey of The Day. This is why I’m the C.E.O. of P.P.M (Proper P-ssy Management) gotta show these girls how to get the most value out of their vaginas. Y’all lucky I don’t got no uterus…..soon as I heard I was pregnant with twins from Mayweather I would of been on bedrest FOREVER.  I would really love to hear Evelyn Lozada’s thoughts in this. She must be disgusted by Ms. Jackson right now.

According to FightHype.com, sources claimed an abortion was the reason for the split between Mayweather and Jackson. Shantel allegedly said she had a miscarriage at first, but Mayweather later learned she had gotten an abortion.

Both Mayweather and Jackson announced in April that they were no longer together.