Rihanna has moved on to her next prey.

The pop singer was seen getting flirty with New York Knicks player J.R. Smith. According to In Touch Weekly, RiRi and Smith couldn’t keep their hands off each other each other inside Veranda nightclub in New York. A source told the magazine, “They were very flirty all night and holding hands. She was sitting in his lap and was really into him.”

This comes days after her ex-boyfriend Chris Brown and Drake dissed her on songs because of her alleged promiscuous love life. But Rihanna is not giving up in the love department. Her quest to find the perfect guy continues. But she may want to do a little research before she continues with Smith. 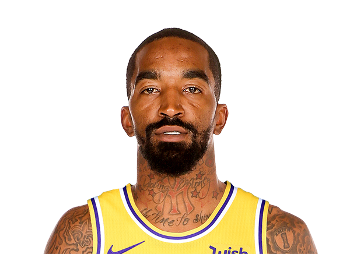 The source went on to point out that the bad boy basketball star definitely fits Rihanna’s dating “type.” “He is the team’s most controversial player, so it’s no wonder that Rihanna likes him,” the source said. In March, the father-of-two was fined $25,000 by the NBA for tweeting a scandalous photo of his alleged girlfriend in thong in his bed.

Smith, 26, was sentenced to 30 days in prison, 500 hours of community service and suspended from the NBA for seven games after he plead guilty to causing a reckless driving accident in 2009. He also shut down his old Twitter account after being accused of writing in the style of the notorious Los Angeles Bloods gang.