Flavor Flav was arrested in Las Vegas on misdemeanor domestic violence and assault with a deadly weapon. Police were called to Flavor Flav’s home around 3 a.m. Wednesday morning after he’d been arguing with his fiancée and allegedly threatening her son with a knife. 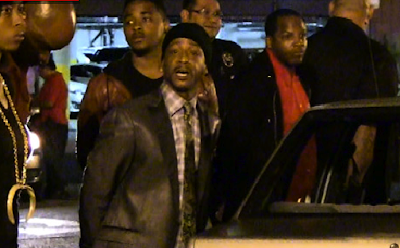 Williams was arrested in Hollywood on suspicion of waving a gun around in a crowded night club on Tuesday night.

According to TMZ, Williams was taken into custody after witness identified him as the one with the gun at Supper Club. No weapon was found on Williams, but police did find an unregistered gun in his car.

Katt and two other members of his entourage were taken into custody for questioning. They were later released without charge, pending investigation. Katt told TMZ it was a misunderstanding.