Former Love & Hip Hop star Chrissy Lampkin wants to make a name for herself in the fashion world.

Lampkin launched a jacket line last year and Jim Jones’ fiancée has even hinted around that she may launch a Lady Vamp clothing line. Her new venue will be a play off of Jones’ clothing line The Vampire Life.

But the Chrissy and Mr. Jones star may want to hold off and focus on helping Jim with his wardrobe. Photos have surfaced of Jones in a size small quarter length sleeve pink and while t-shirt and jeans. 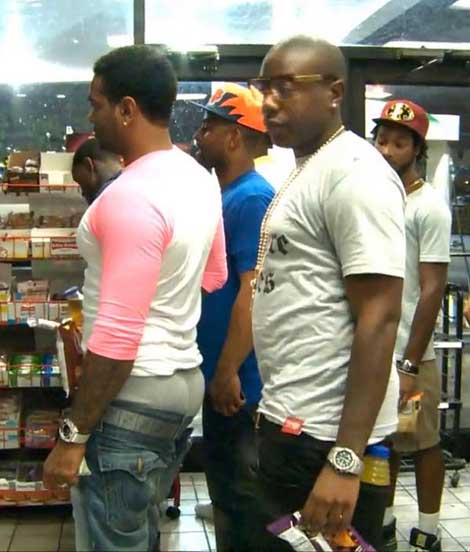 Jim’s jeans are so tight that he can’t even slab them properly. His jeans come well below his butt and shows off his gray boxers. And to make matters worse it appears a person in his crew was looking in the direction of his butt. 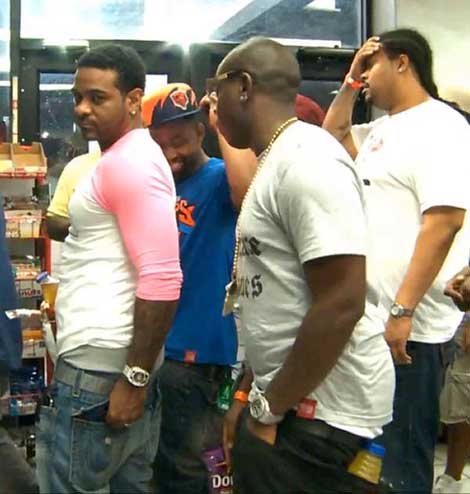 Love & Hip Hop: Has Chrissy’s Shady Past Come to Light?

These latest photos don’t help Jim’s masculine appeal. Rumors are circulating that he may have a tranny fetish. HSK alleges Jim hooked up with a tranny named Tori during the 2012 BET awards.

To be fair, these rumors may not be true. But here’s what we do know. Jim needs to burn that shirt. Hire a stylist or enlist the help of Chrissy so that the gay rumors will die down. And stop making some of those facial expressions.

Kanye West and A$AP Rocky wearing skirts is enough for hip hop. Let’s get it together Jim!

Photos via Standivel and AllHipHop