Now it appears the wait is over. Bossip.com reports that Vick and Kijafa are set to exchange vows in Miami at a private residence on June 30, 2012. It’s a longtime coming for the couple. Vick proposed on Kijafa’s birthday back in December of 2009. The couple have two girls together. 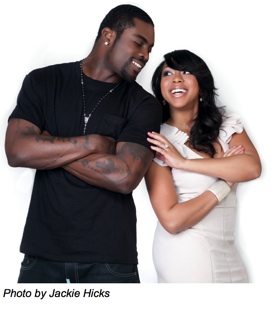 Earlier this month, the couple and their kids took a vacation to Puerto Rico for some much-needed relaxation. The Philadelphia Eagles failed to make the playoffs this year. Check out a few photos below.

Kijafa explains how Michael and her met and why she’s stuck by his side in the video below.