Fetty Wap Robbed, Leads to a Shoot Out [Details]

Fetty Wap was robbed of his chain and cash in his hometown.

And it appears the robbery led to a shootout outside a 24-hour deli  in Paterson, New Jersey on Sunday. According to TMZ, police arrived at Montclair Ave. and Paxton St. at approximately 5 a.m. over an altercation with gunshots, presumed to be related.

Two men with gunshot wounds were found nearby. One of them had been shot in the leg. The other man had been hit in the torso. A third man, believed to also be involved went to Hackensack Medical Center soon after. It’s unclear if Fetty, who was not named as a victim in the shooting, was involved in the shootout at all.

Authorities charged Raheem ‘Fuzz’ Thomas with assault and weapons offenses after investigators said he struck a victim in the head and face with a gun he was not legally allowed to carry. He was not charged in the shooting.

Thomas is CEO and owner of Muscle Team Entertainment, a company that promotes hip-hop. A photo posted this weekend to Thomas’ Instagram account showed a masked man wearing what appeared to be Wap’s signature “1738” pendant. 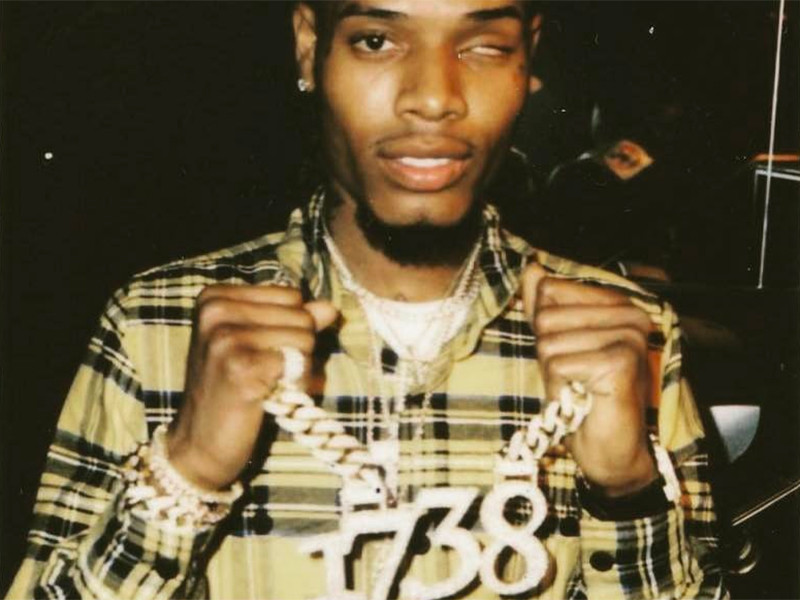 Thomas reportedly bragged about taking a picture with the chain, but claimed he didn’t personally steal it.

“Just to set the record straight. I personally didn’t take @fettywap1738 chain,” Thomas wrote. “I’m not responsible for no one else action but my own. I don’t have a personal problem Fetty Wap. He just a good kid in the way. How he got his chain taken I don’t know and I don’t care. That’s none of my business. Did I take a picture with it? Yes. The whole down the hill got a picture with it on. Now enjoy the rest of y’all night. I will love to take the credit for it but unfortunately, my Instagram is no liar.”

TMZ also identified Thomas as a Fetty rival with a “deep rooted” years-long beef over “music deals.” Fuzz and his label unleashed “Got Em Remix (Fetty Wap/RGF Diss)” in January of this year. The video shows Fuzz on a street corner with a tag that reads “Fetty Wap’s Block.”

There was no word on what led to the altercation, but police said Wap and several friends became involved in a heated altercation with another group inside the deli.

The argument spilled outside, where shots were fired. The investigation is ongoing.