According to TMZ, the 38-year-old singer underwent a C-section at an Los Angeles hospital and is recouping in one of the V.I.P. suites used by celebrities including Kim Kardashian. 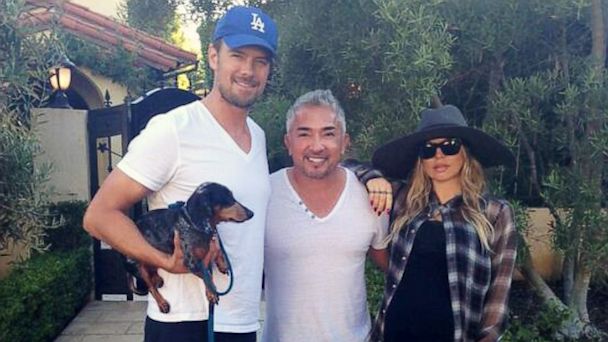 In anticipation of the baby, they enlisted the help of the Dog Whisperer Cesar Millan. Fergie tweeted the photo above on Tuesday with the caption: “@joshduhamel & I getting our doggie daughter ready for her new brother with @cesarmillan.”