Walker, who was best known for his role in the Fast and Furious franchise, was 40 years old. TMZ was the first to report that Walker died in a single-car accident and explosion. He was attending a charity event to aid Filipino victims of Typhoon Haiyan for his organization Reach Out Worldwide, formed in 2010 as a quick response first-aid organization.

The accident happened in Santa Clarita, which is north of Los Angeles. Walker was in a Porsche when the driver somehow lost control and slammed into a post or a tree. The car burst into flames. 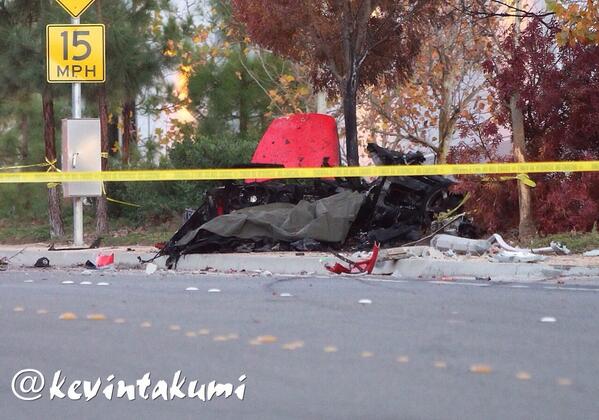 “It is with a truly heavy heart that we must confirm that Paul Walker passed away today in a tragic car accident while attending a charity event for his organization Reach Out Worldwide.” A post on Walker’s Official Facebook page said. “He was a passenger in a friend’s car, in which both lost their lives. We appreciate your patience as we too are stunned and saddened beyond belief by this news. Thank you for keeping his family and friends in your prayers during this very difficult time. We will do our best to keep you apprised on where to send condolences.”

“All of us at Universal are heartbroken. Paul was truly one of the most beloved and respected members of our studio family for 14 years, and this loss is devastating to us, to everyone involved with the FAST AND FURIOUS films, and to countless fans. We send our deepest and most sincere condolences to Paul’s family.

A few of Walker’s costars from the Fast and Furious posted on social media about his untimely death.

Tyrese Gibson shared the photo below on Facebook with the message,”My heart is hurting so bad
no one can make me believe this is real? Father God I pray that you send clarity over this cause I just don’t understand. My heart hurts it’s broken no one can convince me that this is real…. Prayer warriors please pray real hard for his only child, his daughter and family…#HeartOfAnAngel13YrsFamilyForeverWeJustCelebreatedYour40thBirthday….. My God… My God… I can’t believe I’m writing this”

Ludacris also shared his thoughts about his death on Facebook.

Ludacris wrote, “Your humble spirit was felt from the start, wherever you blessed your presence you always left a mark, we were like brothers & our birthdays are only 1 day apart, now You will forever hold a place in all of our hearts @paulwalker legacy will live on forever. R.I.P.”

Walker’s career began at the age of two when he was cast in a Pampers commercial. Later, he had small parts in shows such as Highway to Heaven and Touched By An Angel.

His first few movie roles were as supporting characters Varsity Blues and Skulls. But his career really took off when he was cast as undercover cop Brian O’Conner in 2001’s The Fast and the Furious.

Walker has a 15-year-old daughter, Meadow, from a previous relationship.