And he even insists he still has love for his ex-girlfriend Tara Wallace. But that hasn’t stopped him from seeing other women. Although the Gunz has impregnated both women in the same year, the reality star still has time to entertain other women.

Fans busted Gunz with another woman while he was in Miami. First, Instagram comedian LaLa SizaHands recorded Gunz on Ocean Drive with an unknown female. She made sure to post the encounter on SnapChat.

Then another fan caught Gunz with the same woman at a restaurant. Check out the photo below. 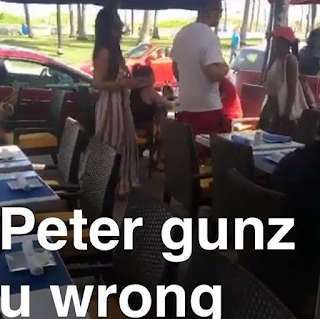 Watch the video of Gunz with another woman below.

Update: Gunz tries to brush off rumors by claiming he was taking a photo with a fan. 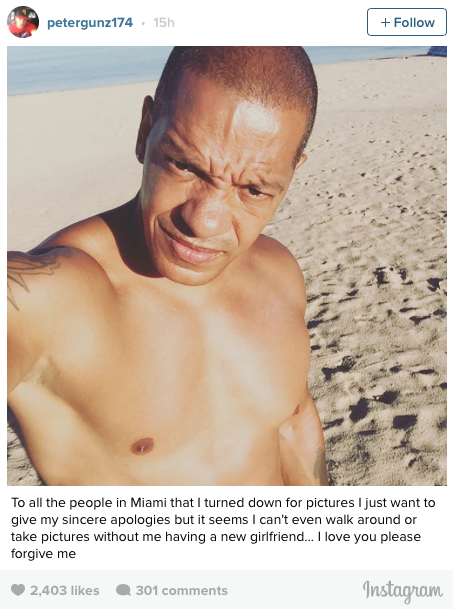