Evelyn Lozada has done her best to keep a low profile.

After her husband Chad Johnson was arrested for allegedly head-butting her during a heated argument over a condom receipt, Lozada went into hiding to avoid the media circus. The 36-year old may have also wanted to hide out because of the three-inch gash she suffered on her forehead.

But regardless of why she remained under the radar, Lozada has resurfaced on several beaches the last few days. The paparazzi first caught her walking along a Miami beach with a sun dress and a hat on. Once the photos emerged, Lozada quickly fled to Barbados.

Lozada was spotted relaxing on a Barbados beach with a group of friends. She wore a tan fedora to cover up her gash. Lozada seemed relaxed as she laughed and joked with her friends. 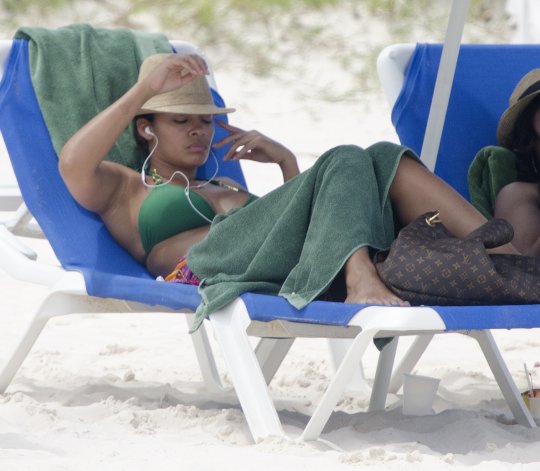 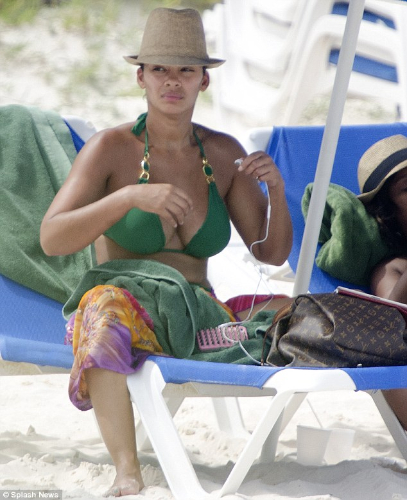