That’s right folks. Rich Dollaz former girlfriend is dating video vixen Cyn Santana. Mena is showing off her new girlfriend on season 4 of Love & Hip Hop. But before viewers get all invested into their lipstick romance, a source claims the relationship is fake. 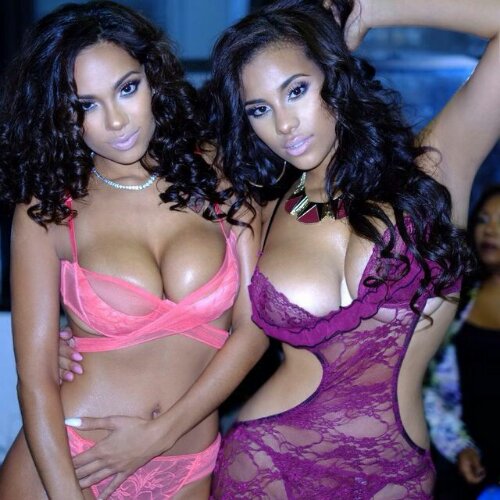 A source told DiaryofaHollywoodStreetKing.com that the romance is only a plot for ratings and relevancy. “Cyn Santana is frontin’ as a lesbian just to be part of the cast,” the source said.

Santana was previously linked to Drake. She was rumored to have hooked up with the Canadian rapper a few weeks ago in New York. She allegedly showed up to Drake’s Big Apple Best Buy promo. They eventually headed over to the East Houston hotel.

“Erica Mena had a party last night for her fake lesbian girlfriend Cyn Santana at Starlets club in Queens, but Drake smashed Cyn a few weeks ago,” a source told HSK.

Check out photos of Mena and Santana below.