Easy E’s daughter Erin Wright had mixed emotions about the way her father was portrayed in the movie, Straight Out Of Compton.

Initially Wright praised the acting chops of Jason Mitchell, who played the role of her father in the movie.

“He did a phenomenal job,” Wright told NBC. “I’m so incredibly proud. All my life I’ve been hearing these stories. Jason is everything I imagined [my father] to be … I really felt like I was watching him on the screen.” But Wright took to Twitter to note that a large part of Easy E’s storyline was missing from the movie. She gave her take on what songs should have been played, and announced she would be making her own Eazy-E documentary. Read her comments below. 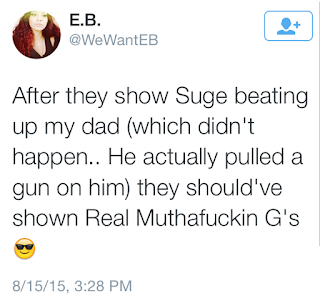 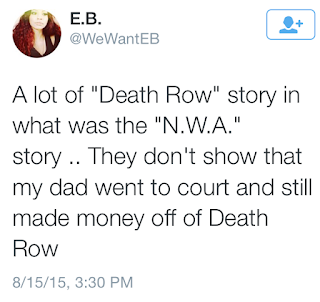 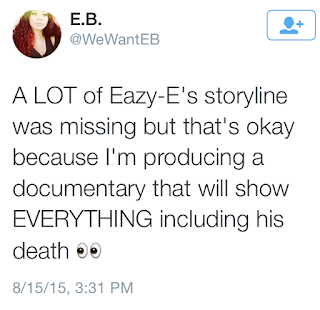 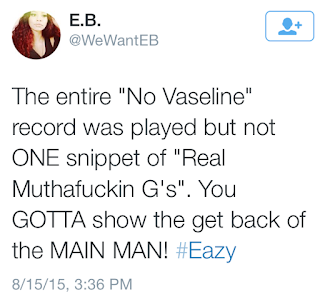 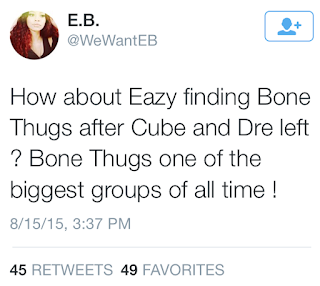 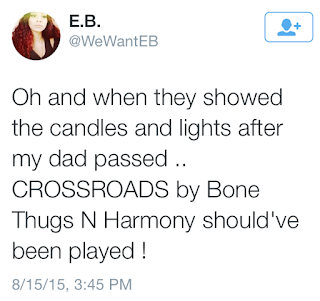 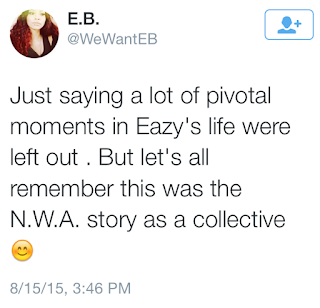 Erin, E.B., was only 4 years old when her father Eazy-E died in 1995.
Photos via Instagram and Vibe.com