Drake, Tyga and Blac Chyna let their feud spill over to social media over the weekend.

Kylie Jenner, who is rumored to be dating Tyga, even got in on the foolishness. It all started when Jenner posted the photo below of her couples Halloween costume with Tyga on Instagram.

It appeared innocent but Blac Chyna didn’t think so. 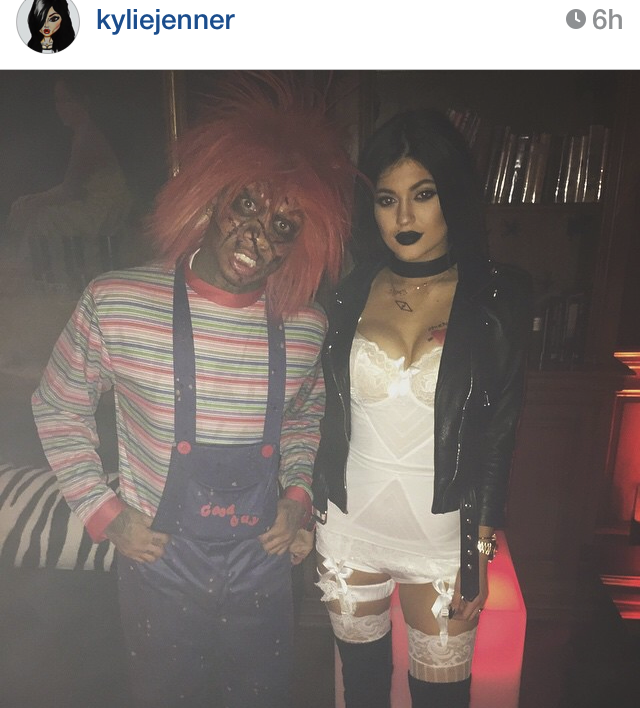 Shortly after the photo was posted, Chyna began liking Drake’s photos. She even went so far as to tag the Canadian rapper in a post captioned #NeverForget. 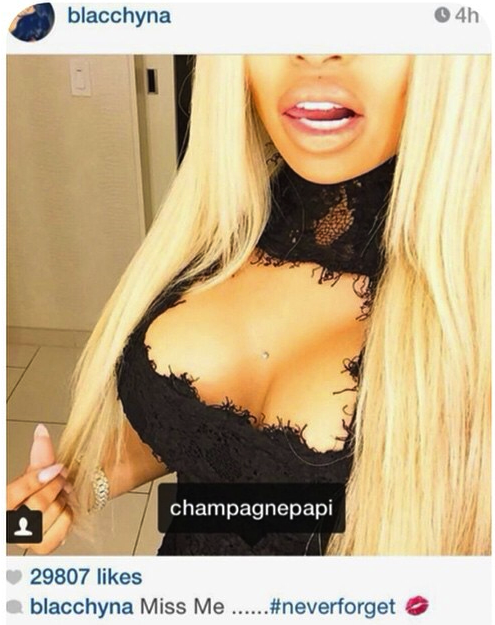 Tyga followed his baby mama tweet with his own. 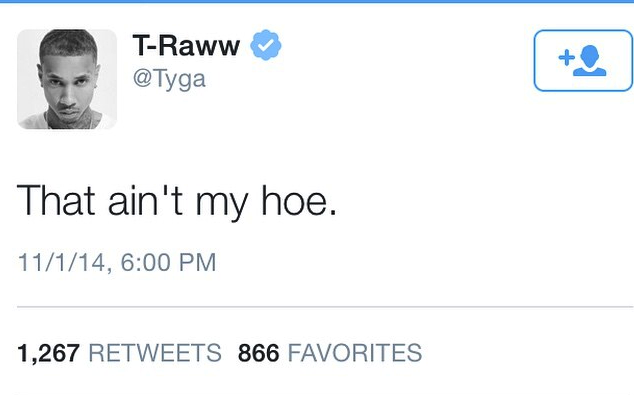 Drake seemed to be following along with the drama and decided to chime in. The Trophies rapper posted a photo of him self with Jenner. He followed the photo with another with the caption: ‘Sad Boyz Ent.’ 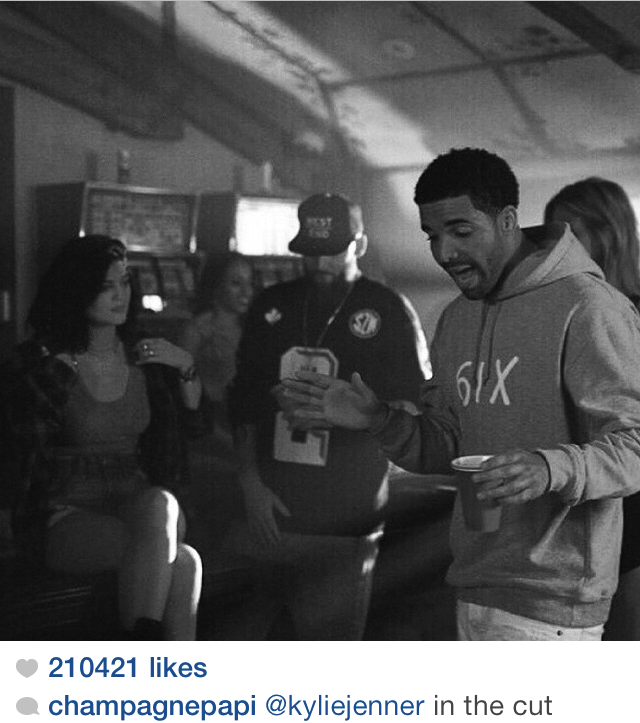 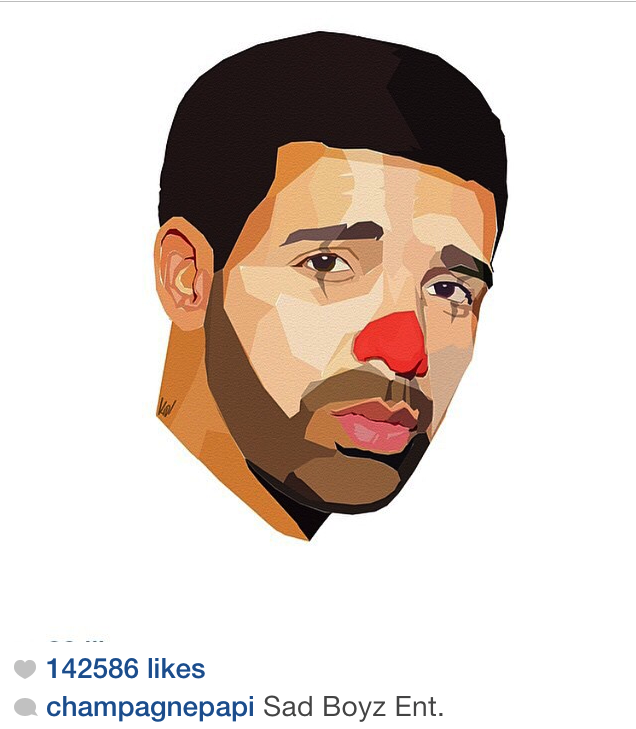 Then Chyna’s Twitter timeline was flooded with gold digger, alcoholic and cheating comments. Read below. 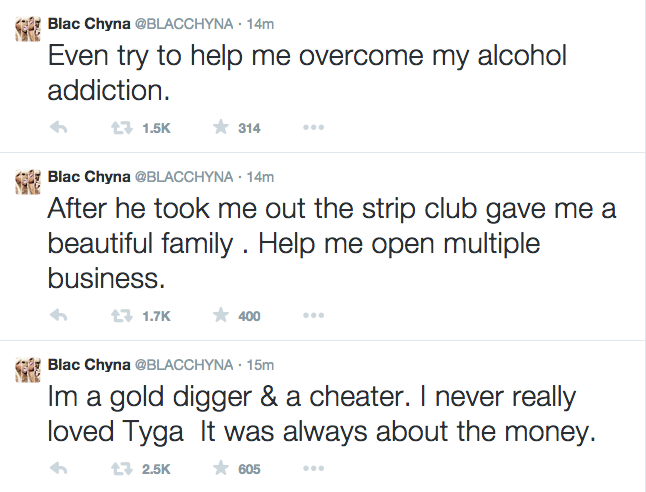 Shortly after the posts, Chyna claimed she was hacked by Tyga. 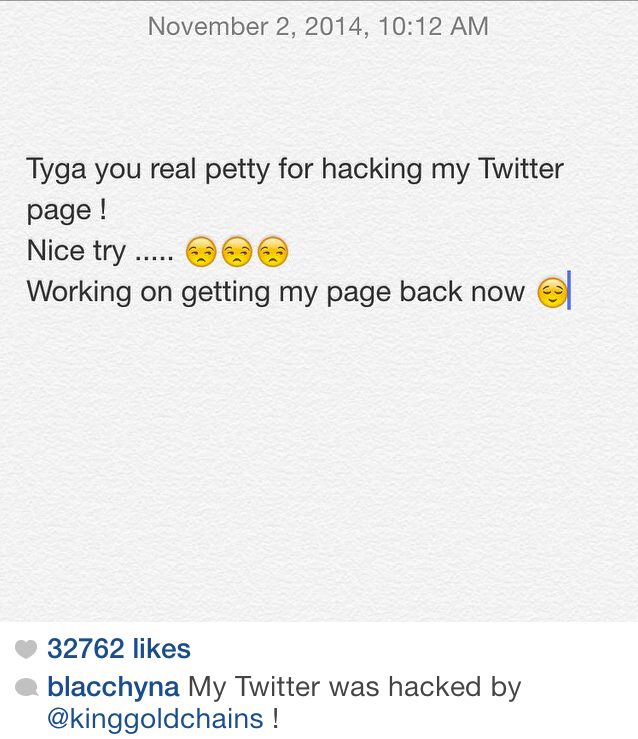 Khloe Kardashian decided to get in on the foolishness by tweeting and later deleting that Tyga was hanging at the Jenner home for a Kourtney and Khloe Take the Hamptons viewing party. In return, Blac Chyna began liking French Montana’s photos on Instagram. 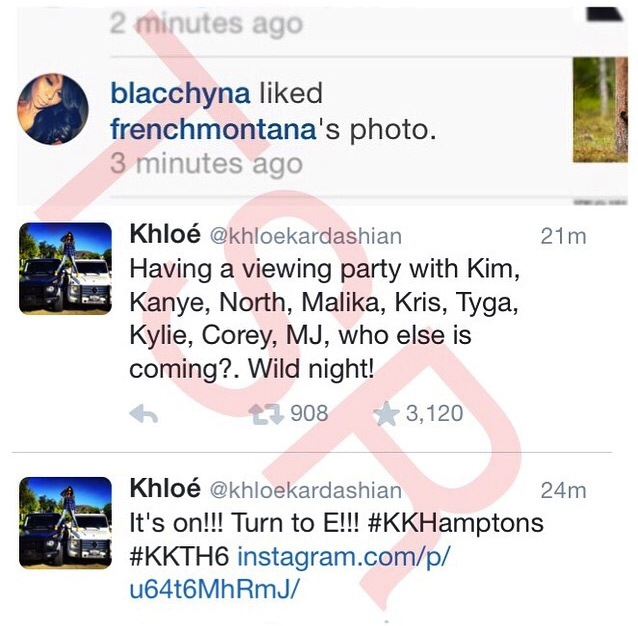 The drama between Tyga, Drake, Blac Chyna and the Kardashians doesn’t appear to be ending anytime soon.
Photos via Instagram