Drake and Rihanna reportedly showed some affection during a date in London.

The two superstars have been inseparable since Drizzy has been on his European leg of his Would You Like a Tour?  RiRi has followed him to every concert and even performed at one. During they’re down time, the couple goes clubbing.

But their friendship hasn’t stopped there. Witnesses claim that Drake and Rihanna were seen openly kissing on a date in London. 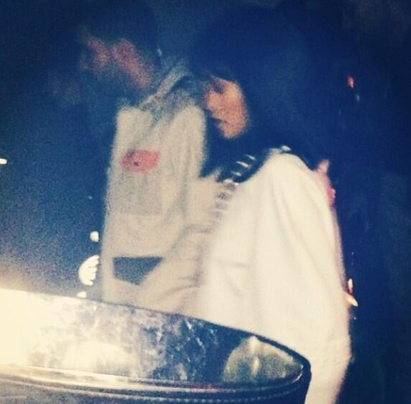 [It] appears the two stars have confirmed they are a couple by locking lips for a steamy smooch during a trip to Cirque Le Soir in the U.K. capital on Monday night.

An onlooker tells WENN, “There’s definitely no question about their romance any more. Rihanna and Drake spent the whole night with their tongues down each other’s throats and didn’t seem to care about everybody seeing.”

The couple attended the venue for a sneak preview of the outrageous acts who will perform at Cirque Le Soir’s $800,000 Frat Party installation, launched to celebrate its fourth anniversary next week.

Drake and Rihanna have not confirmed their a couple but by the look of things its only a matter of time.