Drake Hangs Out With Kentucky After Final Four Win Over Wisconsin

Drake is no stranger to sporting events.

The Draft Day rapper shows up at almost every sporting championship. So it was no surprise that Drake was spotted at the Final Four in Arlington, Texas. His new best friend and Johnny Manziel was also hanging with him. The two got booed by the crowd when they were on the jumbotron.

After Kentucky’s 74-73 win over Wisconsin, Drake celebrated with the Wildcats in the locker room. And if you’re curious how long he’s been a fan, Drake told Matt Porter of the Palm Beach Post he’s always been a fan of the team.

Drake and Kentucky coach John Calipari appear to be friends. He revealed to ESPN’s First Take that the coach attended his graduation.

“I went back to high school recently and graduated, and Coach Cal actually flew to Toronto and came to my high school graduation, which was like one of the best moments on my life,” Drake said.

According to CollegeBasketballTalk’s Terrence Payne, “Drake has made the trip to Lexington many times, and there are numerous photos of the two together,”

In the past, Drake has shown his support with the Miami Heat, Los Angeles Lakers and the Toronto Raptors. 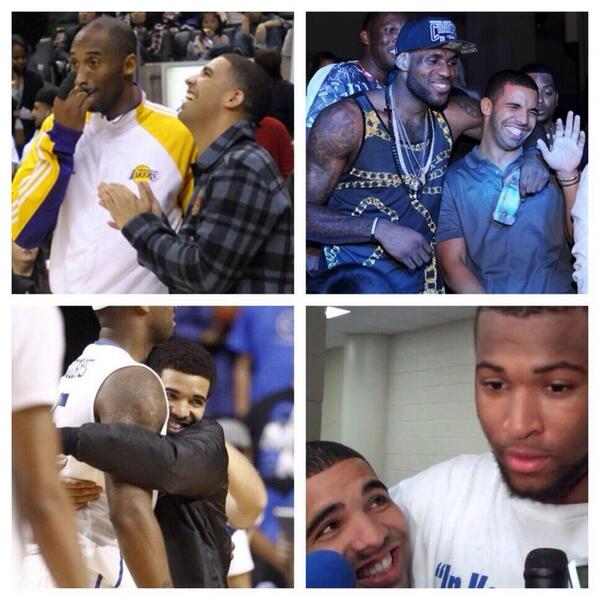