Drake showed some love to a former girlfriend during an episode of BET’s 106 & Park.

The Nothing Was The Same rapper sat down with one of his first crushes, Keshia Chante to promote his new album. The two revealed intimate details about their past and how they first met.

Drake set up an account on her message board and posted that he was in a relationship with Keshia. And things kicked off from there.

During the show, Drake told her, “You were one of my crushes, I rapped about you before,” and he also said, “We look good together, we should have had some babies together.”

Keshia blushed her way through the interview and kept referring to Drake by his government name of ‘Aubrey.” 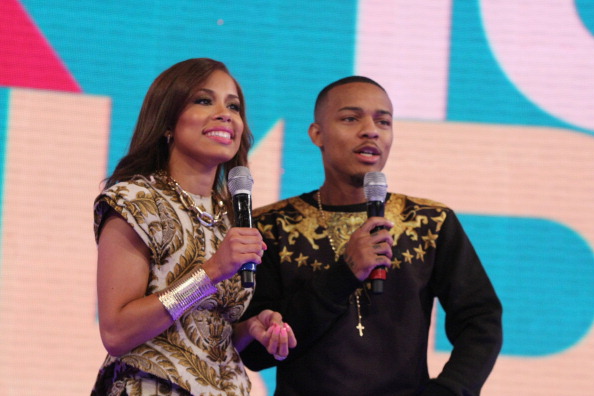 After going down memory lane, Drake helped Keshia announce that she would be the new permanent host of 106 & Park with Bow Wow. Watch the segment below.