Does The Dream’s Girlfriend Have a Secret Past? [Details]

The Dream has been spotted all over the place with his new girlfriend.

The singer and his alleged fiancée’ went public in August and have remained inseparable. But now there are some ugly rumors circulating that his new squeeze may not be who she says she is.

THE DIRTY ARMY: Nik, R&B Singer ‘The Dream’ cheated on his girlfriend & dropped his wife for this Asian girl. He proposed to her & he DOESNT EVEN KNOW HER REAL NAME!!!

He tattooed “Seung” on his arm of her & she announced on her personal page they were engaged but…. her name is actually Lydia Nam from Toronto. 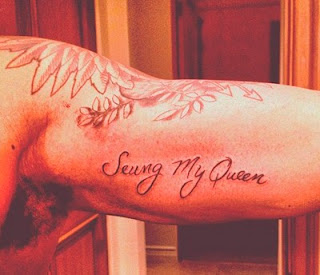 This girl is a mess. She has been charged with child endangerment in Canada so Christina Milian (his hot singer ex-wife) better watch out. Here is a picture of her dressed up as a “Gold Digger” for Halloween.

She is known in Toronto for being an escort. She completely discarded her best friend of many years to change her identity to be with him. She’s a huge sham. Terius Nash proves he’s a BIG DUMMY yet again!

We don’t know if these allegations are true, but The Dream better do a background check before he gets married again.