Power 105 The Breakfast Club’s DJ Envy has had a rough couple of weeks.

There have been rumors for months that he had an affair with Love & Hip Hop New York star Erica Mena. The reality star confirmed the rumors last week and now Envy is ready to tell his side of the story.

Envy talked about his extra marital affair without mentioning Mena’s name. He called her evil, lying and a bird.

“It’s a difficult thing to do. Sometimes being married it makes you insecure dude. I looked like I had everything. It was scary, my wife is gorgeous. She might need somebody that’s smarter than me. It made me insecure.” 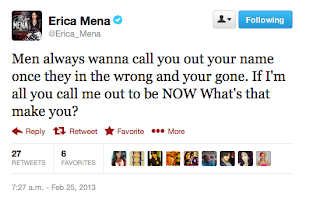 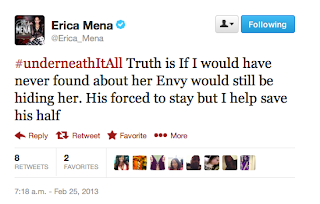 Mena confessed having an affair with Envy during an interview with IamGeorge.

“In regards to the DJ Envy thing, I know that people have been calling me a home wrecker,” Mena said. “I’m just going to keep it real simple and say you can’t break a home that’s already broken. At the end of the day, whatever happened with him and his marriage it definitely has nothing to do with me. I believe that in time people will kind of get a better understanding. Because my book will be explaining it all and it drops in April. You guys get to get the full situation about me and DJ Envy. Like I said, you can’t break a home that’s already broken.”

I left that situation alone because I wanted to be with Rich. He’s been married for 18 years. He never once acted married until recently until I guess he found out that I was engaged. He definitely wasn’t a proud married man for a very long time. And I guess after finding out that me and Rich were supposedly engaged he’s playing this role that he was a happily married man. I don’t have to pretend, he does.” Envy is currently trying to reconcile with his wife, Gia, who is pregnant with his child.

Mena is engaged and allegedly pregnant for Rich Dollaz’s child. Mena and Dollaz both have kids from previous relationships.