Ashanti And DeSean Jackson Spotted Together, Opens Up About Relationship With Nelly

TMZ captured a photo of Jackson hanging out on a beach with the adult film star. Maylane has starred in adult films, Da Vinci Load, Fine Ass Bitches 4 and Slant Eye for the Straight Guy 2.

Jackson and Maylane are reportedly just “enjoying each other’s time” and are not officially dating. The Eagles star found himself connected with the Justin Bieber arrest last week. The Biebs was with Jackson’s ex-girlfriend Chantel Jeffries when he was arrested in Miami last Thursday. 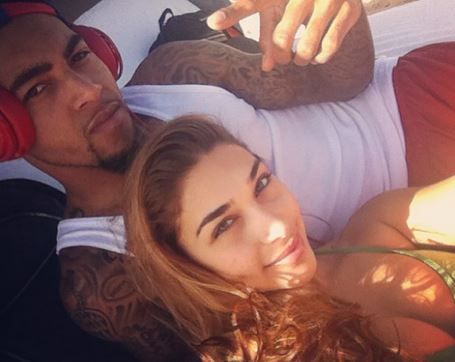 Jackson and Jeffries broke up a few months ago after he was allegedly cheating on the self-proclaimed model with former Basketball Wives star Brooke Bailey.

Jackson has also been linked to singer Ashanti in the last few months. Jackson seems to have his hands full with the ladies, so it doesn’t appear he’s too worried about his failed relationship with Jeffries.